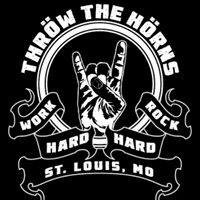 So, someone said rock is dead. I think it was Gene Simmons… How wrong can he be? Damn wrong. Rock is not dead. Now there was a decade of Kmart flannel shirts and cutoff jeans and everyone thought the movie Dazed and Confused was created by Michelangelo himself but thankfully, that era is gone. And now that the age of the cookie monster vocals is coming to an end…it’s time to do what the electric guitar was meant to do! ROCK!

I had the honor of getting a sneak peek at it before its official Release in September.  I instantly felt the connection! The song writing is superb! The guitars are hot and the solos! Man, smoking! And what a great mix! There was a lot of love that went into the making of this album! The album is not the standard ole 80’s cookie cutter 3 chord sex, drugs and rock and roll type music. It’s much better than that. It’s well thought out and crafted!  And it Delivers! We are all a little bit older and wiser so, the songs reflect that. Joe may even let you in on the back stories to some of them if you ask him. (One of them is about his kids).

Bob Seger once sang, “So you’re a little bit older and a lot less bolder than you used to be”. Big freakin’ deal. Rock and Roll isn’t dead, and neither are you! Get yourself a copy and crank it up! Rock and Roll never forgets and be sure and “THROW THE HORNS”!

Pick up a copy here: