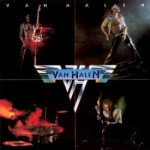 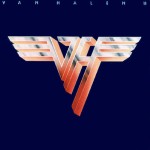 OK, well I just put both albums together as one, mainly because these albums both captured the spirit and party feel of Van Halen. After these albums, things started to unwind in the band and they lost their magic. “Magic,” meaning to me that all the albums after these though OK, didn’t hold a candle to the first two. Van Halen 1 & 2 rocked from the first song until the last song!! I remember listening to “Eruption” for the first hundred times and thought how in the hell did he make a guitar sound that way? Those dive bombs, shit, they kicked major ass! From the opening track from Van Halen 1 “Running with the Devil” to the closing track on Van Halen 2 “Beautiful Girls”, these albums rock and still stand the test of time. Eddie’s guitar playing has inspired thousands of guitarists to sit in their rooms in stead of playing football and try to hammer out his solos. David Lee Roth’s smooth vocals on the semi-somewhat-love song “Jamie’s Cryin” is over the top too!!

I can’t leave without bringing up some more of Van Halen 2. “Dance the night away” is an awesome rock pop song that went to # 15 on Billboards Rock charts back in 1979. I used to sit in my room and listen to these on 8-track tapes over and over and over and over, you get the picture. 🙂 Before we go any further, I have to “thank” Gene Simmons for discovering Van Halen and funding the first album and thankfully, taking some bad advice and “opting out” on signing them while we are at it. He wanted to rename Van Halen to “Daddy Shortlegs”…haha. What a moron that Gene is…Anyway, you might have Van Halen 1984 in your collection, but if you don’t have these two in there along with it, you not worthy of any ice cream from the “Ice Cream Man”. I rate both these albums together as one and give them “8 toes in the sand” out of 10 …