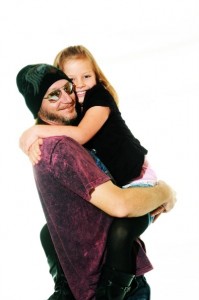 1.Hello Trent and welcome to Kickacts. Tell us a little bit about yourself, your band and were our readers can find you on the web at.

I am Trent Riley, the Bassist and founding member of Sexstone. I have been playing guitar and bass since I was 19, but my musical influences go way back to my childhood. I grew up on my brother’s 8-track cassette collection (Kiss, Black Sabbath, Foreigner, Foghat, Styx, just to name a few) and carried on into the 80’s with the Hair Band revolution. We started Sexstone in the Spring of 2004 with a different lineup. During the Fall of 2007 we were actually searching for a female lead singer to head up a completely different project, but just couldn’t find the right match…so we resorted to sending out random e-mails to local people and we just happened to get a response from Steven Bauer (Steve-O). He sent us the song “Falling Away” to check out, and we just fell in love with the song and had him come in for an audition. That was the deciding factor in revamping Sexstone. We have a killer lineup now with Steve-O on vocals, Steve Wheeler on guitar, and Bryan Thomas on drums. You can find us on all the major social networking sites, plus you can grab songs from “The Painful Side of True” at CD BABY and iTunes.

2.Your band is kicking butt with a new album coming out and even a sound track in a movie. Tell us about that.

We just recently hooked up with producer, Brandon Mashburn (Trust Company, Machina, etc…) from Springfield MO. You can check out “The Fall” which is the 1st track we recorded with him on all of our sites. We will be heading back to MO at the end of February to finish up tracks that will be on our 5 song EP due to drop this Spring. So be on the lookout for that.

Our song “Where” was used in the PJ Woodside film “Widow”, a psychological thriller that will keep you on the edge of your seat all the way up ’till the twisted cimax! You can get more info on the film at www.bigbitingpigproductions.com. They are a local production company that is from our hometown of Madisvonville KY and they now have several films under their belt. Be on the lookout for more of our songs popping up in their films and maybe even a video shoot for us! 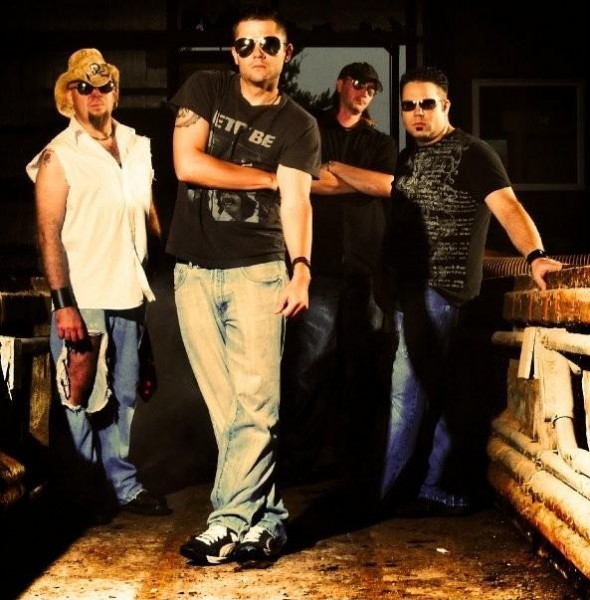 3. What do you think about today’s music scene in general, say from Lady Gaga to Lamb of God?

Not a huge GaGa fan, but I must say the performance with Elton John at the Grammy’s was phenomenal…I actually like Mike Patton and Faith No More’s version of Poker Face much better! The scene today is much more diverse and interchangeable now. It’s great when you can go to a show and see your favorite Rock, Country, Metal, and Hip Hop artists all playing the same bill. There are more artists that are crossing genres these days as well, and some are dominating 2 or more charts at once. It’s great time to be an artist right now, but it’s so hard too. The internet has give artists so many different avenues to get their music heard, but on the other hand…that brings so many more artists and bands out to try their hand as well. You really have to work hard just to get over that initial hump of standing out among the masses. The fans seem to be more open minded now too. It’s no longer “headbangers” vs “punks” and so on. For instance, some of the shows I went to this year included everyone from Miley Cyrus, to Charlie Daniels, to Tesla, and to Down, and I loved every one of them.  Right now the scene is wide open…With a little hard work and good luck … We all have a chance! As far as Lamb of God goes…I’m a headbanger from way back… love some Lamb of God!

Our CD Release party last summer was just amazing. We went through nine kinds of hell to put it together, but in the end it just turned out to be an amazing show. The venue was changed on us several times, and finally about a week before the release we managed to secure the local ELKS club for the show. We managed to pack the place out with over 200 people and just had a killer show that night. Our friends Hollywood Gutter Ratts opened the show with their throwback tribute to all the hair bands from the 80’s, and just made for a killer night! We even had a few undergarments thrown to the stage that night, and that’s always a plus 🙂

5.On the same token as the above question. How about a “worse gig” ever story.

I can’t honestly remember one single instance of a worst gig, but we tend to have mishaps follow us on the road. We showed up in Nashville to play New Artist Radio’s annual awards ceremony one year, and we were told there would be a backline provided. When we arrived with our guitars, we had to hustle and borrow all kinds of equipment just to do the show. I will eventually go wireless…I can’t tell you how many times I’ve gotten a little crazy on stage and pulled the cord from my bass or amp. Above all the weather seems to hate us…if you ever need rain or snow, just schedule a gig with Sexstone. The stuff just seems to follow us wherever we go.

6. Tell us about the first concert you ever attended.

My very 1st concert was Jerry Reed at the Hopkins County Fair. It was right after the “Smokey and the Bandit” movies came out. I went with my aunt and uncle…I think I was 8 years old. I was a Bandit fan, so I thought it was the coolest thing ever. My first big show was  Warrant, Trixter, and Firehouse on the “Cherry Pie” tour. My brother took me and some of my high school buddies…I remember walking in after getting our tickets checked and looking around. There were girls in bikini tops, high cut shorts, and boots everywhere and the only thing he said about it all night was “Man things have changed in 10 years.” It was just an amazing show, pretty much right at the peak of the Hair Metal revolution back in ’91.

7. Out of all the bands you listened to growing up , who was your idol and why? Who stuck out and and made you feel like “music” is what you got do in life? 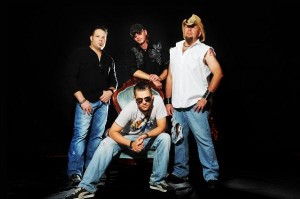 Ace Frehley… My brother had both KISS Alive albums and Ace’s solo album on 8 track cassette. I can remember standing in front of the bedroom mirror painted up like Ace, and  jammin’ with my tennis racket guitar to those tapes.

8. If you could share a stage with any band, who would it be and why?

G ‘n’ R circa 1991 Use Your Illusion Tour…that had to be some of the most intense crowds of all time. Plus, that’s one show that I just never got the chance to see.

9. Hypothetical situation. Your stranded on Gilligan’s island and you get to hook up with only one the girls… Is it Ginger, Mary Ann or Mrs. Howell and why?

Mrs. Howell…She’s got the dough! 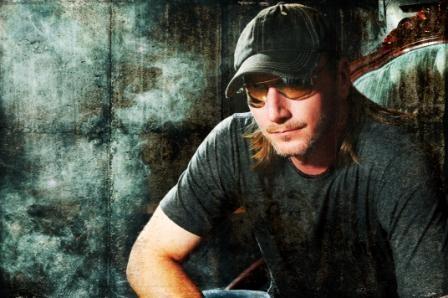 I just want to say thanks to all of our fans for sticking with us through everything that we have done over the years. We truely have an amazing group of fans and friends in several cities. Thanks to all the radio stations around the globe that have picked us up…that has truely been a blessing and allowed us to get our music into so many places that we just couldn’t have done it by ourselves. Also got to say thanks to Kick Acts!!! We truely appreciate you guys having for the interview.