What the hell, are the Rock Gods upset? 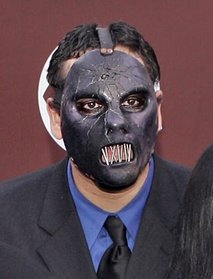 A hotel employee found Gray, 38, dead in a room at the Town Plaza Hotel in Urbandale, a suburb of Des Moines, police said in a statement. Foul play isn’t suspected, and an autopsy is planned for Tuesday.

Amy Sciarretto, a publicist at the band’s record company, Roadrunner Records, confirmed Gray’s death but declined further comment. Most of the band’s members grew up in the Des Moines area

Here is the  link: