When your done reading the article, go to the bottom of the page for my answer as to why Dep Leppard don’t get any respect:)

What’s Down ’n’ Outz all about?
I opened for Mott The Hoople on their reunion show last year. The Quireboys joined me in the band as Leppard were all spread out. It was covers of all the stuff various Mott members did after they split up, songs from my childhood that I’ve adored. Now we’ve recorded the songs and are doing some shows. I’m probably the biggest Mott fan on the planet. Morrissey says he’s a bigger fan but he isn’t.

What’s happening with Def Leppard?
We’re taking a year off. I’m doing this because I have the time. After you have a hit like Hysteria and you’re signed to the corporate machine it becomes an albatross around your neck. As much as our music is anthemic rock’n’roll it’s a business at the end of the day. It’s stressful and gets harder each time you make a record. No one’s comparing this to Hysteria, it’s got nothing to do with it. It’s a refreshing change. It’s like being a teenager in a 50-year-old body.

What was it like trying to start a metal band in the punk era?
It was exciting. I was 17 when punk happened but I was still buying Queen and Thin Lizzy. We liked punk but didn’t want to be in a punk band. The first song we learned was Suffragette City. The good thing was that punk got rid of the 15minute guitar solo.

What’s been your biggest moment of rock’n’roll excess – have you ever thrown a TV out of a window?
When I was young enough to want to do something as stupid as that I couldn’t have afforded to. People who did that only did it because Keith Moon did it first. We were only getting $50 a week when we started touring so I didn’t want to get into debt paying for TVs. There are lots of great rock bands who have never thrown a TV through a window. It’s not a prerequisite. I’ve always been more into the music than the groupies, drugs or smashing up hotel rooms. I wanted to be in the biggest band in the world. And we were a couple of times. People in Britain don’t realise. We don’t get the credit we deserve in Britain

for the rest, here is the link:
http://www.metro.co.uk/music/835637-joe-elliot-def-leppard-dont-get-enough-respect 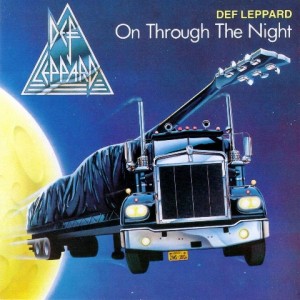 guys were broke and hungry, this album rocked for real 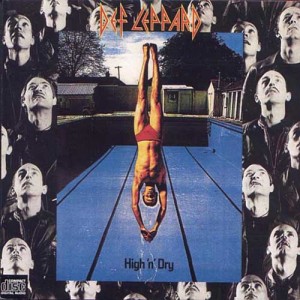 Guys were still broke and hungry and this album rocked too!

This album rocked, was huge, made them rich and famous.Everything after this album was sugar rock and sucked...