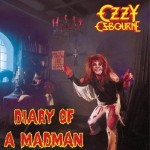 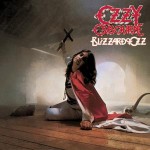 It’s been 30 years years already? Damn, I remember when they came out. These albums rocked. Serious musicianship on each one of them. Well, until Sharon Osbourne pulled out the originals and replaced Lee and Bob on them…Where has the time gone and who let the bitch do that..???? (chuck)

When asked about Ozzy‘s upcoming 30th-anniversary editions of his first two albums at a Toronto press conference in May, Osbourne‘s wife/manager Sharon said, “They are coming out for Thanksgiving and they will be on the market then. . . It’s going back to the original recordings with [Bob] Daisley [bass] and [Lee] Kerslake [drums]. And there will be a lot of stuff that you haven’t heard before in the packages. Like certain conversations that were going on in the studio with the guys just messing around while the tape was still rolling. All of that will be added into it.”

Bob Daisley, who played bass on the first two solo albums by Ozzy Osbourne, said in a recent interview with his web site that he has not been contacted about the 30th-anniversary editions of those records being released later this year. The tracks played by Daisley and drummer Lee Kerslake on both albums — 1980’s “Blizzard Of Ozz” and 1981’s “Diary Of A Madman” — were replaced on a previous reissue after Daisley and Kerslake sued Ozzy and Sharon Osbourne over royalties.

Daisley told the web site, “Neither Lee nor I have been contacted, considered or consulted in the decision to re-release the original recordings. I haven’t a clue as to what the ‘bonus material’ might be. As for royalties, we have not been approached for a reconciliation and have been offered and promised nothing.”

Ozzy told The Pulse of Radio he was against the idea of replacing the original tracks when he found out about it. “Believe me, it wasn’t my doing,” he said. “I mean, I didn’t know that was being done, ’cause Sharon was fighting all the legal things that were going down at the time. I said, ‘What did you do that for?’ And she said, ‘The only way I could stop everything was if it went to that level.’ And I said, ‘You know what, whatever the circumstances were, I want the original thing back.’ I mean, I wouldn’t have done that.”

for the rest go here..