Editor’s comment: Joe Elliott is funny. Wine is not rock & roll. Wonder if he forgot he sang lead vocals on a song called “Me & My Wine” in the early 80s. Guess not. Tool. 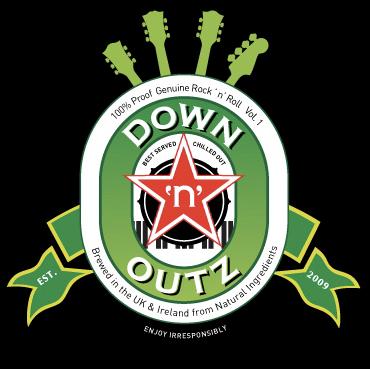 Def Leppard singer Joe Elliott will officially launch his own beer in Dublin next week.

Down ‘n’ Outz takes its name from Elliott’s musical side project and is described as “a pilsner style” that has “a deep, rich malt character, with generous hop bitterness”.

The launch takes place on Wednesday, 15 September at The Porterhouse North Rock Garden in Glasnevin.

Brewed and bottled by The Porterhouse, the beer will be available in all Porterhouse bars.

Commenting, Elliott said: “Over the years I’ve noticed a lot of musicians putting their names to a variety of wines etc which, as nice as a glass of red or white is, well, it’s not very rock and roll is it?!

“Beer or lager seem to be the drink of choice at nearly every gig I’ve ever played or attended so for me it’s a much cooler thing to do and having seen how The Porterhouse put quality over quantity, I’m extremely happy to get involved with Oliver [Hughes, Porterhouse MD] and his gang.”