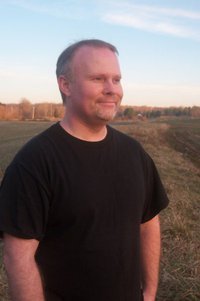 by Bert Chancellor on Monday, December 13, 2010 at 8:18pm
In my thirty-eight years I’ve been given several opportunities to give up. Problems come and problems go. My mother used to joke that perhaps our family got this “life thing” all wrong. Maybe we weren’t going about it the right way. She used to remark about how hard my Dad worked, the long hours and the stress. Then she would talk about others in our little town that did absolutely nothing, unemployed and not looking for a job. Those people seemed to have a better life than us, less stress, had food, cars, and a place to live. She was honest in her words but there was meaning behind what made our family go down one path while others chose another.

WHAT IS IT THAT MAKES US KEEP GOING?

Several things happened in my life over the past week that have given me pause to again consider my path, the friendships I keep, and those that may desire a less than positive outcome for me and my family. I’ve made tough decisions over the past year and cut ties with many people who represented an extreme amount of negative energy and honestly cared very little for me. This may seem a shock to some but I’m extremely knowledgeable about the intentions of others, especially when it comes to my family. Even more recently, some attempted to destroy and tear down the biggest blessing in my life. I maintain relationships for one of two reasons: one, because I want you in my life or two, because I want to keep an eye on you. Wrong? Maybe. Smart? Probably. Romans 12:20 – read it.

Sadly, for some, “the reports of my death are greatly exaggerated”. I’m still here, I’m still alive and well, but why? What is it that makes me keep going?

I’m thankful for the path I’m traveling but honestly, there are times when I wonder why I keep trying. Having gone through divorce, loss, financial lows (to the point where I wondered where my next meal would come from while I slept on a floor and only a broken down car, a jar of peanut butter, and a loaf of bread to my name while not having enough money for seizure meds and wondering when the next one might happen), having endured 6 years of spending most of my time away from my children to the point now where they’d rather not spend time with me…..I wonder, why do I keep trying? I hear my Mother’s voice in my mind saying that phrase “maybe we’ve got it all wrong?”

Tonight, Brett Favre didn’t play starting quarterback in an NFL regular season football game. This was the first time this happened since September 1992. Say what you want about his decision making, his controversies and troubles, but there is a fact you won’t be able to argue….. he didn’t give up. Yeah, he’s a bit of a “turd” and makes lame decisions, but wow, that’s a long time!

Maybe I’m a little bit like Brett Favre. Maybe what keeps me going is the fact that I’m kind of a stubborn “turd” who is simply so obnoxious and confident that it will turn around that I don’t give up. Maybe I’ve become so accustomed at attempts to predict my demise that I simply don’t let it bother me. Maybe it’s both?! Maybe there is some genetic “cantankerous” predisposition that God instilled in me before birth. Honestly, I don’t know, but I’m still here. God is working in me, things are happening. Like clay, I’m being molded….year after year, triumph after triumph, failure after failure. In a way, I’m excited about the man I might someday become. A imperfect man like David who was a man after God’s own heart (Acts 13:22). I remain hopeful.

I’m still looking for the answers just like you. I’m forever away from being perfect. I’m flawed and broken, but I’m trying. I’m still believing that all things work together for those who love God (Romans 8:28). My beloved JSB believes in me and today, that’s enough for me.

Perhaps you can relate with what I’m saying? Am I off my rocker? What makes you keep going?

There are times when life hits the pause button….. you have a choice to reboot your life or reload and move forward. I choose to reload and keep going.

EDITOR’S NOTE: “Don’t Stop Believin’” by Journey just started playing on Pandora. That says it all. God sightings like that are the reason I keep going.