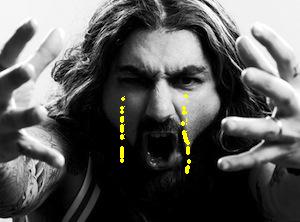 Ex-DREAM THEATER drummer Mike Portnoy has revealed that he made a recent attempt to rejoin his former bandmates but was rebuffed by the group he formed and led for 25 years. Writing on his official forum, Portnoy states, “Just for the record, this is indeed true..

“Fairly recently, I reached out to the guys to try and make amends and offered to reconcile for the sake of having peace back in our lives… (plus I know how much it meant to a lot of the fans…)

“I figured it was still possible to try and save us, because they hadn’t made any announcements yet or begun any public activity with another drummer… but sadly, they declined my offer (well, actually their lawyer did… they didn’t even tell me themselves….)

“Sorry, gang, I honestly gave it my all…

“So now the fans on my Twitter and Facebook can please stop asking me to go back to DREAM THEATER… I tried, and the door is now shut… The ball is now in their court, not mine…

“I’m not crying or looking for mercy by posting this… I am merely trying to set the record straight as that is always the most important thing about my relationship with you guys… No BS, no spins, nothing to hide… and for better or for worse, I tell it like it is… I’ve also recently seen some people accuse my online activity of ‘looking for attention or media coverage,’ or ‘looking for sympathy,’ but it’s honestly none of the above… I merely value having an open and active communication with my fans… Always have, always will… It is the cornerstone of everything I’ve done since day #1 with DREAM THEATER…

“This was posted here FOR YOU GUYS to know about… here on MY message board on MY website… If it ends up on Blabbermouth or wherever else, that is THEIR choice to spread, I did not request it or send out a ‘press release’…

“I’ve got a lot of great music and ideas waiting to come out of me and alot of exciting collaborations in the works….so goodbye 2010…bring on 2011!”

AVENGED SEVENFOLD issued a statement late on Friday (December 17) regarding the dismissal of Portnoy, who played on the band’s latest album, “Nightmare”, and toured with them during the past year following the death last December of original drummer Jimmy “The Rev” Sullivan. The band’s statement read in part, “For the past few months, we’ve been blessed with Mike Portnoy’s talent and humanity. When Mike agreed to tour with us, it was only through the end of 2010. We always knew we’d need to find another solution for 2011 and beyond. And it’s time for us to take that next step.”

As for why Portnoy himself was not their man, the statement said, “[Portnoy] is a brilliant writer, producer and, of course, drummer. Because of that, the world and we would always see it as AVENGED SEVENFOLD with Mike Portnoy. We take a lot of pride in AVENGED SEVENFOLD being about something greater then any individuals.”

Portnoy himself broke the news via his Facebook page on Thursday, following several days of rumors about his status.

AVENGED SEVENFOLD frontman M. Shadows told The Pulse Of Radio that the band was not happy about the public way in which Portnoy’s split with DREAM THEATER was played out, which may have soured Portnoy’s relationship with AVENGED. “We were actually a little more shocked,” M. Shadows said. “We felt that maybe both parties could have handled it a little more internally without being so press release-happy about what had happened between them. Because we’re a band that, really, when it comes to news all over web sites or this or that about bands, you know, we don’t tweet much, we don’t try to put ourselves out that much, and all the drama and controversy wasn’t something that we wanted at all.”

In an interview over the weekend with LA Weekly, AVENGED manager Larry Jacobson said, “The plan had always been for Mike Portnoy to play with the band through 2010. Nothing changed there but it was confusing (because) Mike gave interviews suggesting he may be touring with the band beyond 2010.”