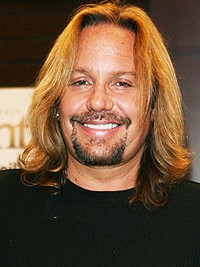 The Motley Crue singer is set to report to the Clark County Detention Center in Las Vegas on Feb. 15 to serve 15 days, after pleading guilty to a drunk driving charge which stems from a DUI arrest last summer. The guilty plea, which spared Neil a trial, was part of a plea bargain that will also see him serve 15 days under house arrest.

“I made a mistake, and I have to finally learn my lesson and go do a little bit of time,” Neil, 49, told PEOPLE. “I’ve already learned my lesson.”

Read the rest of the article at People.com.

Editor’s Note: It seems to me he would have learned his lesson back in the 80’s when his passenger died when he was driving drunk…