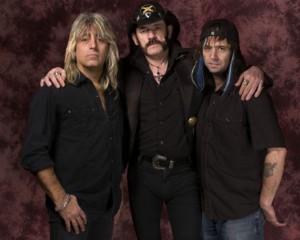 On today’s rock and pop stars:

Lemmy: “What the fuck is it about John Mayer? Someone should explain him to me. And the same goes for Justin Bieber. They’re all such boring people. They’re so fucking serious. I’m not interested in people as boring as that. It’s a shame these people are popular entertainers.”

Don’t ask the inveterate rocker to indulge in the virtues of hip-hop.

“Why should I do that when it’s not music,” Kilmister asks. “There’s nothing creative about doing that [rapping] over music someone else created. They go out and take John Bonham’s drumming. I don’t call that music. You think they [rappers] could come up with sounds of their own, even some basic sounds and they can’t do it. Sad.”