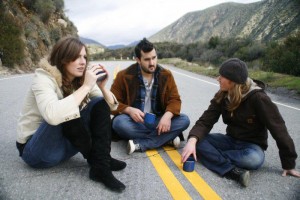 1. Welcome to Kick Acts. Tell us a little about yourself and your band and

where you can be found at on the web.

We are an old school rock and roll trio forged in steel and Los Angeles. Nature hates a vacuum, and there was a black hole, void of the all important dirty, sexy rock and roll. So we came together, forming something much bigger than our separate parts, with the singular purpose of saving your soul through the medical spiritual application of the drug that is rock and roll. We can be located on the interwebs @ www.OurHospitality.com & www.facebook.com/OurHospitality & www.youtube.com/OurHospitalityMusic

We are informed and inspired the rock gods of the past- The Beatles, Hendrix, The Who, Led Zeppelin, The Stones, Ronnie James Dio, The Band etc. We are influenced by Eagles of Death Metal, Nirvana, Weezer, Rush, Andrew Bird, The Beatles, and Led Zeppelin. We are also inspired in general by post-humanism, futurism, dirty sexy rock and roll, sports, and alcohol.

3. Do you have any advice for someone just getting started in playing

music? Any pitfalls they should avoid?

Recording your gigs is a great way to get better. In the heat of the moment, it’s easy to think you sounded great or terrible depending on a crowd’s energy- listening back critically and always improving is the key. Other than that- practice, practice, practice!!

Our favorite gig was opening up for Taylor Hawkins (Foo Fighters) and the Coattail Riders. Taylor is a goddamn rock and roll God, and playing on the same bill as him was an absolute dream. There were lots of cool folks in the audience like Flea, Chad Smith and Pat Smear. To top it all off, Jesus of the Sunset Strip was even in attendance.

5. On the same token as the above question. How about a “worse gig” ever

So far we’ve had an amazing string of great gigs. Wish we had some killer story but the rock gods have been on our side and have blessed us with some kick ass experiences.

6. Do you have any other hobbies other than playing music? Collect stamps?

Collect hats from off the side of the road? Draw pictures of boobs?

Libby and Dash are filmmakers. Libby has her MFA in Directing and Editing from USC, and Dash is an Emmy Award nominated TV producer and an aspiring writer. Phil brews his own mead (honey wine), plays dominoes, and does scrimshaw. We all are really active and believe that hiking, running, and exploring nature is a great way to feed the soul and help inspire our musical endeavors. 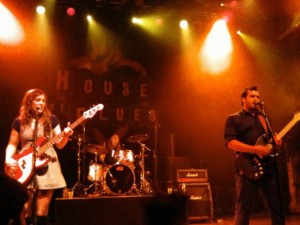 7. What do you think about the present music scene or lack of here in the area? Care to address that?

No matter where you are and no matter what scene is around you, you have the power to create and share music with those around you. We believe any opportunity to play live is as important as the next whether 5 people or 300 people are there to listen. So whether a scene is over-saturated with bands or under-saturated with opportunities there is always the chance to be heard, have fun and make a difference.

8. Tell us something about each of your band members that we wouldn’t

9. Hypothetical situation. You’re stranded on Gilligan’s island and you get

to hook up with only one of the girls… Is it Ginger, Mary Ann or Mrs. Howell

Luckily for us, we all have different tastes.

whatever you want to talk about. So go ahead and “SHOUT

Rock n roll is here to stay. Plug in and turn it up – if your parents yell at you just pop in your headphones but keep it rolling. 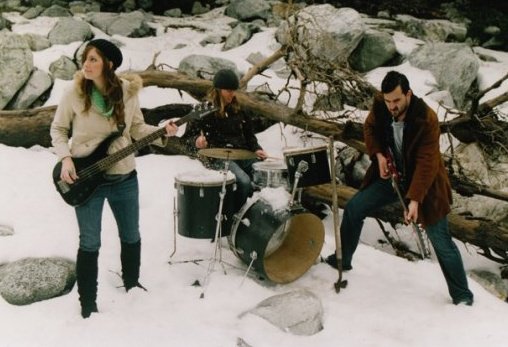