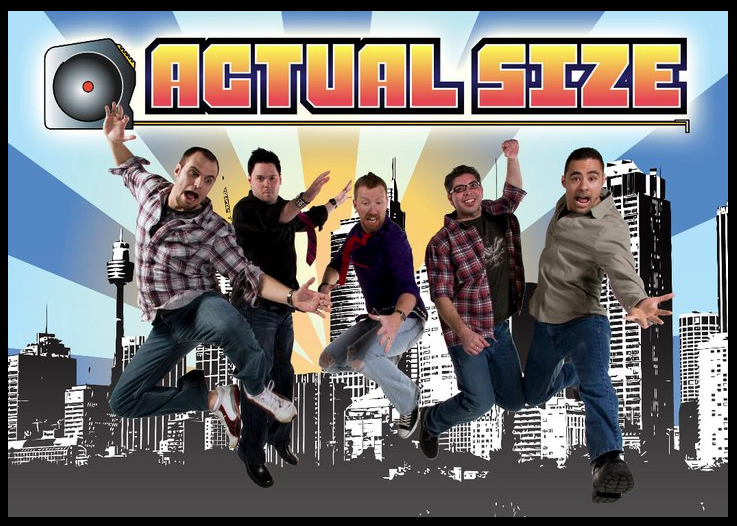 Wow, let’s see, there are five guys in the band, with five VERY different tastes. Walt (the drummer) would do anything to play in Dream Theater, Brian (vocalist) is a total pop tart. Jon (guitar) is more country and classic rock, while our other guitarist Dave is a completely unapologetic metalhead. I’m the one with the best taste, although it is decidedly British. Give me an infinite supply of Floyd, Radiohead, Muse, etc. and I’ll be content.

Any pitfalls they should avoid? I was thrown into the fire, playing my first gig within 6 weeks of buying my first bass. It was a blessing and a curse- the urgency of the gig forced me to learn quickly, but I skipped a lot of “basics” on my way to just learning the songs. It took me a long time to fill in the gaps, although all the music theory classes I had definitely helped. I would say the two biggest things to do are 1. Surround yourself with good people, and B. Listen (and play) a wide diversity of styles. You can gain so much just by listening to a variety of artists.

Hmmm, a toughie, do I try to wow you by mentioning bands I’ve shared the stage with, such as Chevelle, Switchfoot, or Papa Roach? Do I talk about the first time I saw boobs from the stage? (thank you whoever you were, lol) How about I combine the two. We are following Jackyl in Ft Wayne earlier this year. Not only do we have a surreal pre-show conversation with Jesse James Dupree (you just CAN’T do it justice in text, it’s an audible-only thing), but then he proceeds to chainsaw the living hell out of the ceiling above the stage, basking in a shower of asbestos-filled glory, while a not-quite-so-lovely honey of 400 plus pounds in the front row pulls down her tube top. Yeah, maybe not the greatest, but certainly memorable…

5. On the same token as the above question. How about a “worst gig” ever story.

Once again, so many nightmares. Breaking down and never getting to gigs. Driving 20 hours straight to Naples FL in summer with no AC in a van with five dudes (definitely not a scratch and sniff moment). PA’s dying, singers forgetting what their job is

. 6. Do you have any other hobbies other than playing music? Collect stamps? Collect hats from off the side of the road? Draw pictures of boobs?

I’m a photographer, Brian actually never stops singing unless he’s asleep, Jon buys and sells cars on a weekly basis, Walt is apparently the only one of us that cares what he looks like since he’s a gym-rat and can actually see his toes when he looks down, and Dave is practicing being an octogenarian; he is the oldest 30 year old in the world, everything hurts, he can’t eat real food, and he hates everything.

7. What do you think about the present music scene or lack of here in the Evansville area? Care to address that?

It’s a little sad. If you’re doing original stuff, you’re out of luck if you’re above 20, because you have few places to play, and fewer people that care. Even the cover scene is dwindling- with the current economy, people are going out less, so bar owners are less willing to pay. It definitely doesn’t help when you have bands filled with 20 year olds that live in their moms’ basements that will basically play for free beer, or a DJ that will play for almost nothing. Don’t get me wrong, I love getting my groove on to a good DJ, and I love seeing a new enthusiastic band, but have some pride people: know your worth and don’t ruin it for everyone else.

Oh wow, the wife will kill me on this one. Let me give some pro’s and con’s as I work towards a final coital decision. Mrs. Howell- Pro- Never had an older woman, and they say that they know what they are doing. Con- I might open my eyes. Ginger- Pro- She’s pretty bangin’ (that’s what the kids are saying these days, right?) Con- The high-maintenance ones are wet noodles that don’t try. Mary Ann- Pro- Hot, friendly, and those pigtails….. Con- At some point it would end. Yeah, definitely have a winner with Mary Ann…

Spay and neuter your drummers, people! No wait, that’s not what I meant. I meant to say be careful out there, accidents cause people. No, that’s not it either. Really what I’m trying to say is treat your life like we approach this band; Try to be good, but if that fails, get the most fun out of it that you can and try to spread the joy to as many others as you can.

Big bonus question.Where the hell you get the cool band name from?

Oh man, you can blame that on too many hours in a van on a trip to Ft Wayne. There may or may not be an ACTUAL meaning behind it, but it sure sounds good over the mic at a show, “Hello, we are Actual Size!”. Plus it’s a great conversation starter…

And what about this cute cuddly band photo? Anything you guys need to “talk about” with Dr. Laura maybe?…. 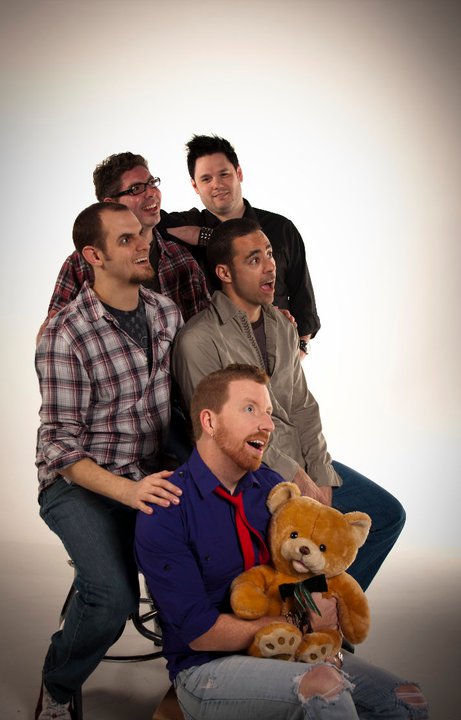