1. Welcome to Kick Acts. Tell us a little about yourself, your band, and where you can be found on the web. 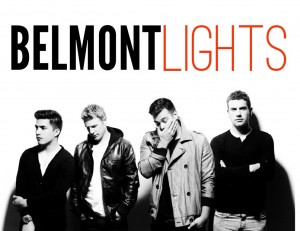 Our influences change constantly, but a constant influence of ours is definitely Coldplay because they are always exploring new sounds and new ways to make great music, which keeps them relevant and inspiring. Casey: “Right now I am really into OneRepublic; they infuse great songwriting and production into to great pop songs – there are so many new influences everyday, though.”

Play to a live crowd as much as possible and start with open mics, it’s the only way to get real feedback from your songs. And in your song writing, be as real and transparent as possible, people connect with authentic passion. Be sure to study the business side of music just as much as the art of songwriting and instrumentation – the more you know, the less someone can lie to you. And lastly, not only do you need to have a strong presence on the web, but be sure to have solid recordings of your songs so when someone is interested they can easily take you home with them.

We’ve had some really awesome gigs, along with some not so awesome ones, but I think our favorite one so far has been the first time we played the Main Stage at the House of Blues San Diego. It was our first show together and I don’t think any of us have ever been more nervous and more excited all at once. Not to mention the show was packed out with people, so that was awesome for our first gig.

We’d hate to call any gig “worse” or “terrible”, but we’ve had shows where we couldn’t hear ourselves or even where only 2 people were in the crowd, but even those shows can end up being fun. The only time a show is terrible is when we don’t play the way we expect ourselves to play. The shows where we didn’t kill it on stage or connect to the audience would be our worst shows thus far.

Isaiah: “I love sports and video games. Casey and I have been playing sports together for about 10 years. I also really enjoy watching stand up comedy. If I didn’t have such a beautiful voice, I’d be a comic (laugh).” Casey: “Other hobbies lets see…. most of us in the band enjoy playing basketball, soccer, and stickball”

7. What do you think about the present music scene or lack of?

€(Isaiah): “Music is constantly changing and evolving and that¹s what makes music so amazing. One year the scene could be totally electronic and the next year completely stripped down acoustic songs are popular. It’s all a matter of being inspired and how you interpret that inspiration to recreate your approach on music, so we love the music scene. We are really digging some of the bands that are hitting right now, for example, Imagine Dragons is an awesome band!

8. Tell us something about each of your band members that we wouldn’t expect to hear… (Like their hobbies or something like that)

Casey enjoys sports a lot and being outside. He played college soccer and didn¹t pick up a guitar until his Sophomore year in college when he was laid up with an injury. Isaiah finished high school with a 4.5 GPA and has only 11 units left for his degree in Psychology. He went to beauty school and cuts everyone in the band’s hair. Jed is an Anthropology major at UCLA and knows every lyric to every Kanye West song. Oscar use to be in metal bands until he was 18 and loves the ABC Family show Pretty Little Liars.

9. Hypothetical situation. You’re stranded on Gilligan’s island and you get to hook up with only one of the girls. Is it Ginger, Mary Ann or Mrs. Howell and why?

We want to take this opportunity to “Shout It Out Loud” about our recently released debut EP by the name of Telegraphs ­ the album is available on both iTunes and in hard copy at our shows. We need EVERYONE to go get it and spread the word about us, Belmont Lights.