Well 2012 is in the can. No New Year’s resolution here to make. Just some observations from last year. 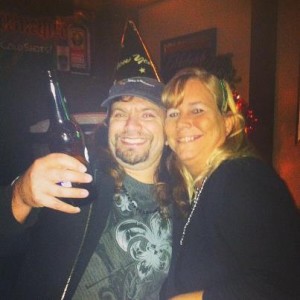 First thing that comes to mind is that on the last day of the year a young and obviously clueless girl  at the bar my wife and I frequent was shocked to learn that my wife  and I have been married 24 years. This girl even had the silliness to ask if we still have sex like we are so old and tired of each other by now that we should hardly be communicating. She meant no harm and probably was a little punch drunk but it’s just a reflection on what is going on with the world today with our microwave society… (Editor’s note: A little rough language coming up in the next sentence…18+ please.)This girl’s idea I guess of a somewhat normal relationship was to cook and clean, make the bed and suck her man’s dick (her words not mine) and everything is ok in the world and never once did she mention the word “love”… But for us to be together for 24 years is unheard of in her book I guess or alot of other young peoples books for that matter… But I can name at least two more couples that have been married or dated since High school and are still together from my graduation class. This girl I guess thought it was wrong or maybe strange but in my mind I am thinking what does she do, change guys out every few months or years? What’s the worth in that? Hell, even Jon Bon Jovi has been married to his high school sweet heart since 1989…Not bashing her all this is just my observation.

Kickacts is now rolling into it’s fourth year. For 2012 it had over 1.4 million page hits and 82,000 + visitors and published over 1500 articles, interviews or stories…. Not bad for a website I just kinda toy with and wish I could do more with. I really need writers, and ad people to keep it going… I  think it would take off if the right people where involved in it. It is kinda  a running joke too that for the past 3 years during Halloween I have tried to interview  a psychic and to date no one has taken me up on it even though I am not out to expose anything. Just thought it would fit the season…

In March of 2012 my nephew David W. Gee jr (taylor) was killed in an accident in Afghanistan. That 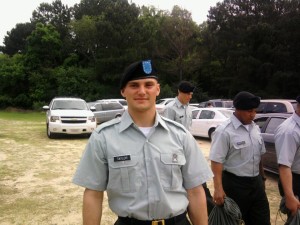 was a hard hit for me and my family. We had raised him for a while when he was younger. My wife and I were there when he was born. . I cried for at least a week pretty much uncontrollably. I felt bad for my brother and the far less than perfect life he had given his only son. I felt for my family and the loss of my kids’ cousin. He was just a kid and he died in a country that doesn’t give a rats ass about him or any other American that dies over there. I wish they would turn the country into glass. You can’t argue with someone that will blow themselves up just to prove a point. But he believed he was making a difference and that is all that matters. I won’t knock anyone that signs up for Military service. I am proud and grateful for their service. I still mourn the loss of my nephew and I still feel very pissed off and mad as hell over how dirty his step mom treated little David’s family as if we all didn’t exist or as lower classed citizens at best… Hopefully I will finish the book soon with the truth in it and that’s all I got to say for now. His is an American Hero and it needs to be said.

I got the honor of playing the Lane Goodwin benefit concert here in Henderson with my friend Kasper and some other great musicians. It clicked so well I thought the band would take off flying instantly. The chemistry was amazing… But as it goes, it fell apart pretty quick. Maybe fell apart isn’t the right term. It changed shapes. Nothing wrong with that and I wish all those guys the best. It can be a helluva a band. 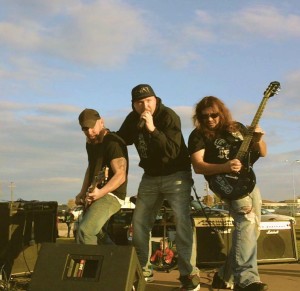 Speaking of bands and playing, I finally realized at 47 (after the last project changed shape) that even though I am 15 years old and in my living room listening to records every time I suit up and put a guitar on I am not 15 anymore in the world’s eyes. I am 47 and in most peoples eyes I am over the hill… Success in the music field has eluded me. I am not happy about it and still in disbelief about it. I know I am quite capable of being in another touring band and more but the cold hard facts are its probably not going to happen. I hate quitting at anything and have always taken playing music very seriously…so here I am at the cliff and not quitting but there is no where to go…I never wanted to be old and fat or bald and playing beat music in beat bands but it looks like I have no choice. Glad I never got fat or bald but for the rest of it….I just gotta say “Shit WTF? I would rather eat razors then give in…

We have three great grand kids and 1 due pretty much any day as I write this. It’s amazing to think that all this started with a friend giving me a ride home way back in 1982. Funny how life moves on while you are making other plans and now we have a pretty good sized quiver. 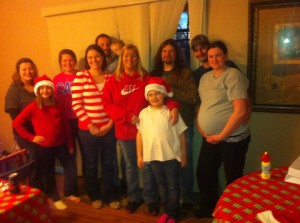 Also, the last weekend before the end of the year my good friend Brian buried is lovely wife Wendy. She passed away from cancer. I was there when they met for the first time about 11 years ago, and when they got married and the day he had to lay her to rest. It was truly a sad day. But as my Aunt Lorraine put on her husband’s grave marker “I will meet you in the morning”. Brian will one day be reunited with her. Brian and his little girls could use some prayers so please remember them. 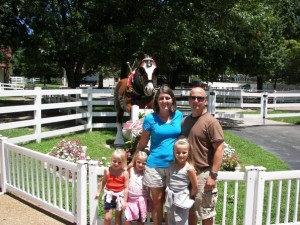 I made some new friends over the last year. It’s hard for someone like to me to make friends and I am slowly learning how to tell them how much I appreciate them too. I guess it comes from self evaluating. I am trying to be more open and not so stand offish.

I also found out a side of me that I didn’t like (besides my appearance and everything else). One night recently at a bar i was listening to a great band hanging out with my wife Denise and friends, sharing drinks,laughing and carrying on as my little fingers were busy being an ass to some friends of mine via text. I wish I could blame an elf on the shelf but in reality. I t was me. And it was stupid and it was very embarrassing. I called them the next day after I reread what I had texted. There was no sense in any off it. I called them, asked for forgiveness and apologized… I hope it was enough but I don’t feel it was…I mean they accepted it but I hate that I did it.

I dunno but here I go. Still playing, still writing like it matters to someone and keeping the hair for now…I plan on going into old age kicking and screaming and being dragged by my feet, and nails dug into the floor all the way in.

“Never give up. Never surrender.”