Actually it is going up for auction at Barrett Jackson’s Auto Auction House on January 19th 2013. This iconic car is reported to be one of the actual show cars that was featured on the 60’s TV series Batman. 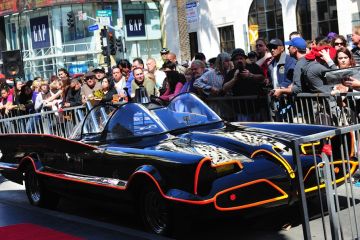 If you are interested in the car you are going to have to dig deep into your pockets. It’s expected to go for several million bucks. But you know what? What the hell, if you got it, buy it. Call me I would like to take a ride around the block in it and if you by chance also own Chitty Chitty Bang Bang, I would like to take a ride in that car too and relive some of my childhood.

I can be reached here