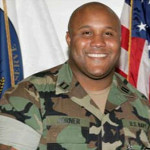 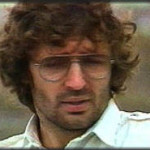 Just finished watching as all this unfolded. First off, not saying the Dorner guy didn’t need to be taken into custody or taken out. He had to be stopped. But as I watched the cabin he had “barricaded” himself into go up into flames I couldn’t help but think I have seen this all before. The police said they wanted it all to end before it got dark. Was it because our fearful leader Obama was scheduled to have his “State of the Union” address to the nation on the same night?

I also wondered why the helicopters weren’t allowed to fly over the cabin during this ordeal. On almost any given day there is a police chase on the airwaves and the police helicopters are right there in the middle of it filming it for the whole world to see. The news even “breaks into  regularly scheduled broadcasting” to show it live. But last night the helicopters  had to stay away and we could only see what they filmed from a distance.

So where is the Dorner and Koresh similarity? First off, they were wanted by the police. They also had firearms. But that’s not were I am heading. It’s the way they were taken out. It’s like the police or SWAT team has a M.O. for taking no prisoners that are considered a national risk… Think not?

This is from FOXNEWS yesterday…

A SWAT team surrounded the cabin and used an armored vehicle to break out the cabin windows, said a law enforcement official who requested anonymity because the investigation was ongoing. The officers then pumped a gas into the cabin and blasted a message over a loudspeaker: “Surrender or come out.”

The armored vehicle then tore down each of the cabin’s four walls.

A single shot was heard inside before the cabin was engulfed in flames, the law enforcement official told The Associated Press.

Well we have no video footage of how Chris Dorner was taken down that’s been released yet but we do of David Koresh. The Law enforcement said Chris apparently took his own life and they also said that about David Koresh. But here is the video. David Koresh’s compound/church was also tear gassed, had loud music blasted at it and in the end it was being torn down by a military vehicle and it “caught” fire. Supposedly set on fire by Koresh or some of his followers..

Chris Dorner wrote a manifesto about why he did what he did. It’s a pretty interesting read if I do say so myself. He had enough of the law being above the law for one…

Here are the first few paragraphs of it. He addressed it to “America”…

Re Post and Share in its entirety for free but don’t steal my column and re write it and claim it’s your idea, ok?