(Just for the record these guys are one bad ass freakin band! They are our brothers in ROCK!)

special thanks to James for the interview! 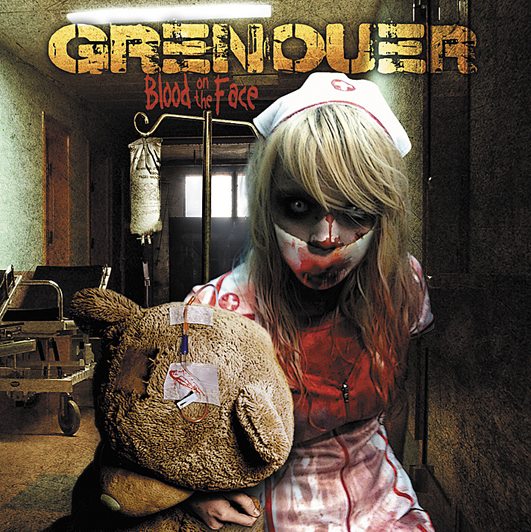 Alexander ‘Motor’ (guitars): Hi, folks! Really nice to meet you all and to talk for a while. I’m Alexander ‘Motor’, guitarist and co-songwriter of GRENOUER band. We play metal, rock or whatever you might call our mix. Google to find us or just go to the web-site www.grenouer.com and check links to our pages within the main social networks, we are very easy to get discovered. I am reckoned as a co-founder of GRENOUER, yet this is only partially true. In fact I joined the band in 1999 when GRENOUER were local death metal stars. In 2010 the frontman Andrey ‘Ind’ and me had to reassemble the band and the fact makes me definitely a co-founder of today’s GRENOUER. 14 years in a band is a not a joke anyway. I am aged 32, married. 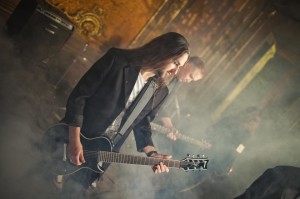 Motor: I have a lot of musical heroes, music affairs are often very heroic. Maybe due to absolute dedication of many musicians. Like going on a questionable tour in an uncomfortable van. Influences? Naturally lots of them from David Bowie to GODFLESH! I started from classical BLACK SABBATH because my dad was into them, and they gave me good understanding of the power of minor key.

Motor: You need to have goals, both short-term and long-term. And you’d better be honest with yourself. It’s no use to waste time doing what you dislike and teaming up with people you have no evident sympathy for. The easiest way is to deal with true enthusiasts and skilled professionals. And you have to be severe with nobody else but yourself, don’t forget about self-education and personal development, get ready to spend money and to miss a lot of parties.

Motor: 2005, GRENOUER touring in Siberia, one of our gigs banned. It happened in Kemerovo city, promoters did their best to save the event but they couldn’t fight false denunciation in advocacy of violence. That felt like a real shock as if USSR days were back when playing rock music meant being illegal. Ticket were sold out and the house was expected to be totally full, yet the police guard at the venue “strangle evil at its birth”. A few hours later we were giving a secret show at a small studio for a very narrow circle of people, true underground resistance with very unusual feeling, still this incident is hard to compare with the folly case of PUSSY RIOT. 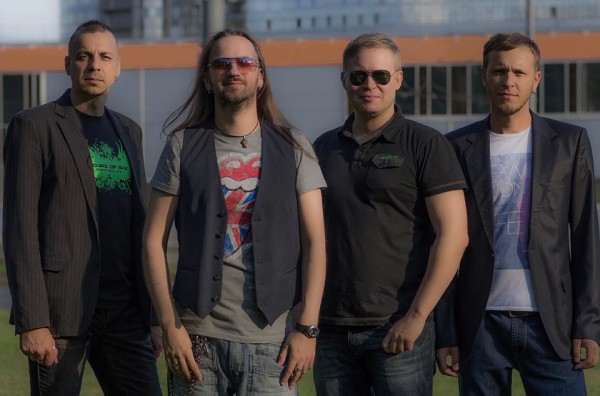 Motor: A worse gig is when the feelings are missing. That might be for different reasons – unfair promoters, incorrect selection of bands, horrible sound… We always aim to pleasure fans in spite of any mess though. Oh, it has just occurred to me – the gig in Kirov city, we tested local beer and then had to carry toilet paper everywhere, even on stage!

Motor: My new hobby is checking out on-line training music courses, they save time and money. The latest one was from Berkley College of Music. Yeah, sometimes I draw apocalyptic pictures with a pencil, I wish I could tell that I draw them on boobs.

Motor: I like that the present music scene is so huge, for everyone’s taste. In my opinion the era of decent albums is returning. And I am happy that I am on stage while a lot of friendly bands just gave up for nothing.

Motor: At one gig afterparty I fell asleep earlier than others and charitable guys covered me with a bicycle instead of a blanket. So, I must be a decent cyclist now. Our bass player Daemon was recently employed in the position of the exterminator fighting with insects and rodents. That caused a lot of jokes about moles, well, moles are funnier than rats. Andrey ‘Ind’, lead singer, used to work as a teacher at school, he had to wake up very early in the morning. One of the mornings he was arrested by mistake for a kindergarten robbery. Spent several hours at the police station, was questioned and then dismissed unbeaten. One of the criminating evidences was a stolen vibrator. Drummer Danny had a cute girlfriend who was fond of clay modeling. One fine day Danny made a sculpture with a huge dick and that sculpture caused a furor at the party. The guests eagerly embraced it, took pictures, unfortunately Instagram didn’t exits then.

Motor: I never watched “Gilligan’s Island”, but I can answer in relation to “Moonlighting”. Choosing between Bruce Willis, Cybill Shepherd and Allyce Beasley I will never think of Bruce Willis. Just because he is half-German!

Motor: I will highly enjoy YOU shouting one of GRENOUER’s song! “Blood on the Face” suits that fairly well!