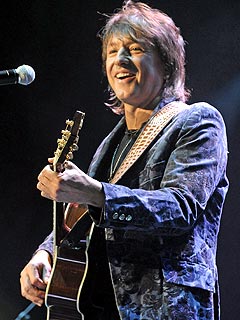 Not only from the current tour but from the band. According to one website he was paid 2 million a month to tour and he wasn’t even touring. I would have showed up 30 minutes early every night for that kind of money…

So much for being there forever and a day. After 30 years as lead guitarist for Bon Jovi, Richie Sambora has parted ways with the legendary rock band, a source confirms to Us Weekly. (RumorFix.com was first to report the split.)

“There were a lot of well-documented problems, so this was the best decision for now,” the source tells Us. A rep for Bon Jovi had no comment.