My name is Adrian Scott Jeffreys im the vocalist for the gothic metal act Citadel Besieged ‘we formed in 2010 along side co founder Tim Hall guitars recorded and released two cds within two years.you can find us on Citadel Besieged. com

Do it cause you love it there are no guarantees of making money let alone making it there are great musicians all over the world so don’t kid yourself. Work on your songwriting don’t be afraid to make mistakes or fail that’s how you learn find your niche go with your strengths work hard. 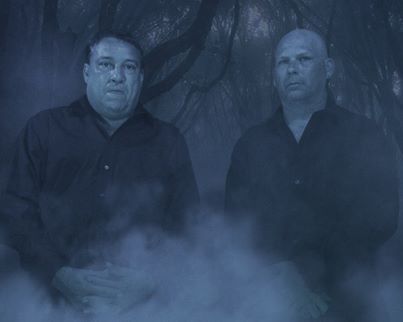 I gave up those three vices years ago

Ive always been into the European metal scene even though there are a lot of great north American bands my roots were in that market and still are.

Hypothetical situation. You’re stranded on Gilligan’s island and you getto hook up with only one of the girls… Is it Ginger, Mary Ann or Mrs. Howell and why?

Mary Ann ‘why what end of fucking story she would have made a priest kick out a stained glass window.

Our last question  is called “Shout It Out Loud”. It’s were you get to talk aboutwhatever you want to talk about. So go ahead and “SHOUT IT OUT LOUD”!

There’s a lot of great melodic heavy metal out their that in my opinion has been completely ignored ive never understood how the spectrum could be so out of whack. Its one extreme or the other and right in the middle you’ve got awesome musicians writing I incredible music and the majority has there heads so far up their own ass they can’t think for themselves. Mind boggling.