[hmtad name=”Adsense Unit 1″ align=”center”]Malcolm Young, the rhythm machine for the rock band AC/DC has retired due to health reasons. AC/DC will press on with a new Album coming this December and a world tour in 2015. 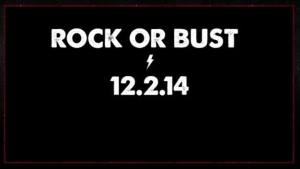 Malcolm Young, one of the founding members of legendary Australian rockers AC/DC, has retired due to health issues, but the band will press ahead with a world tour next year.

The high-voltage group, one of the biggest grossing bands of all time, was founded by brothers Malcolm and Angus Young in Sydney in 1973, and has gone on to sell more than 200 million albums.

In announcing a new record, Rock or Bust, AC/DC said guitarist Young, 61, would not be returning to the line-up after he took a break earlier this year due to unspecified ill health.

“Unfortunately, due to the nature of Malcolm’s condition, he will not be returning to the band,” the band said on its website.