[hmtad name=”Adsense Unit 1″ align=”center”]Sad. sad. sad. Of course, thousands of people are suffering from it as well. It’s a terrible disease. 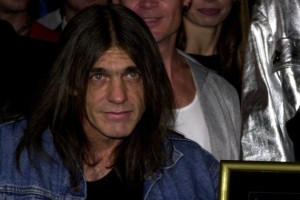 While it is known that AC/DC guitarist Malcolm Young is ailing and is no longer in the band, there haven’t been many details about his health. Now, new reports by two Australian newspapers give further insight into Malcolm’s condition.

The newspaper The Australian reports that Malcolm suffered a stroke last year, as the Sydney Morning Herald proclaims that the guitarist is currently suffering from serious dementia. While both a stroke and dementia have been rumored in past stories, these new articles give more credence to those earlier reports.

Both newspapers report that Malcolm is currently in full-time care at a nursing home facility called the Lulworth House in Elizabeth Bay in suburban Sydney, Australia. A source close to the band tells the Sydney Morning Herald, “If you were in the room with [Malcolm] and walked out, then came back in one minute later, he wouldn’t remember who you are. He has a complete loss of short-term memory.”

Meanwhile, in an article in The Australian newspaper [via the AAP newswire], AC/DC’s former manager Michael Browning says, “I have friends that are still involved and they keep me posted so I have known for a little while. I think [Young’s illness] came on very suddenly,” adding, “It’s shocking, it’s terrible. Sadly for AC/DC they’re losing their creator, their mentor — he’s the genius behind the band.”

As reported earlier this week, AC/DC announced details of their new album, ‘Rock or Bust,’ which is due out in the States on Dec. 2. The disc contains the song ‘Play Ball,’ which is featured in new promos for TBS’ coverage of Major League Baseball’s postseason games. Along with the album announcement, AC/DC confirmed that Malcolm Young would not be returning to the band. He has been replaced by Stevie Young, who is the nephew of both Malcolm and his brother Angus.