Who would have guessed that most stolen phones end up in China? Not me. But something like 80% percent that are stolen do. So the story below follows a guy that luckily? or was it fate that had his iPhone stolen in a bar in New York. He tried to call it but it only went to voice mail so he gave up on it and got another one.  However, apparently the thief didn’t turn off iCloud so his new phone started receiving updated photos of the person that had to the phone!

About a year later…

I’m sitting on my couch with some friends going through my photo stream on my new phone. That’s when I see a ton of pictures I didn’t take, most memorably about 20 selfies of some dude and an orange tree. Hilarious and scary.

I obviously freak out, show everyone the pictures, and for an hour we all speculate about what the fuck is going on with my phone. We come up with a bunch of theories that basically revolve around crossing iCloud photo streams, North Korea hackings, and hauntings. My phone is possessed. 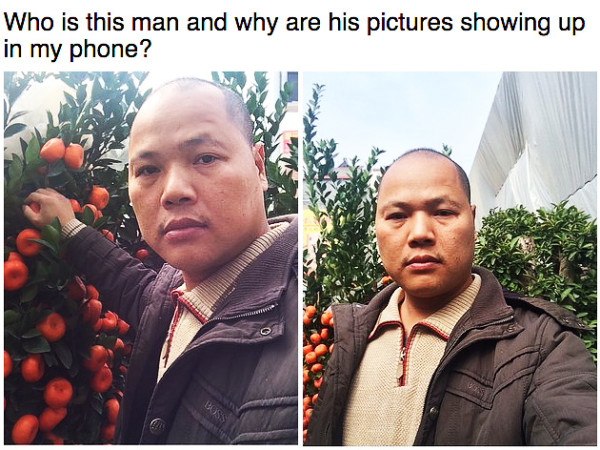