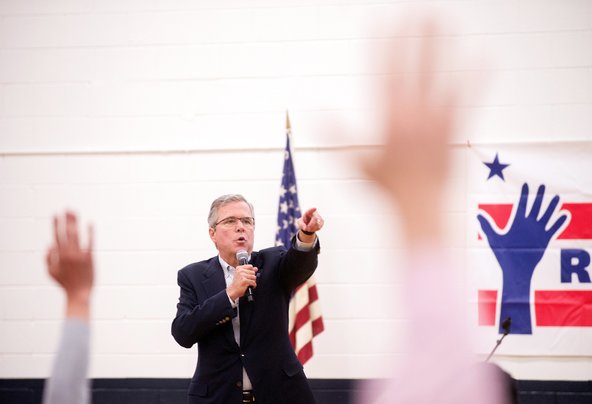 Mr. Bush, the former governor of Florida, had just concluded a town-hall-style meeting when Ms. Ziedrich demanded to be heard. “Governor Bush,” she shouted as audience members asked him for his autograph. “Would you take a student question?”

Mr. Bush whirled around and looked at Ms. Ziedrich, who identified herself as a political science major and a college Democrat at the University of Nevada.