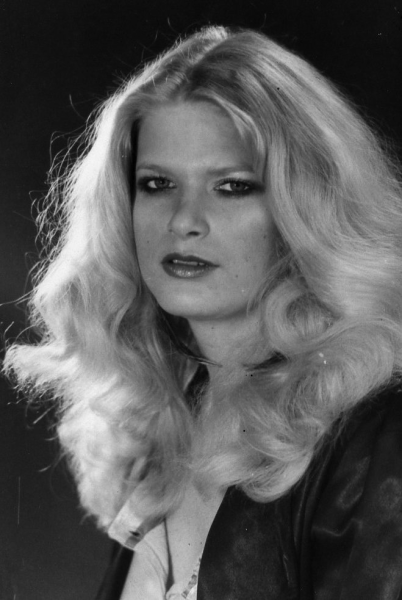 Hello Vicky and welcome to KickActs. For those of our readers that might not be familiar with your incredible body of work with such legendary bands as Guns N Roses, Motley Crüe and Poison just to name a few. Give us a little back ground on who you are and what you do.

I have been a personal manager for 3 decades, did A&R at Geffen, Capitol and Vapor Records and for the last 15 years I have been writing…2 screenplays a musical play and have just finished my first book “Appetite For Dysfunction,” it’s a autobiography.

First off, I am sure every Generation has said the same thing about each new Generation of music coming up. But what the HELL has happened to the music?

“There is still a lot of great music out there, you just have to look harder for it.  The business of music has changed, but the creativity remains.”

LA is known for being unforgiving. Back in the day a friend of mine from the Midwest stepped off the bus and went to a pay phone (pre-cell phone days kiddos) to call home and tell his folks back home that he made it safe. He was graciously robbed of his guitar and amp. My first memory of LA was of someone sitting on the concrete ledge of an overpass with their feet dangling over the traffic below… I have no idea if they were just chilling or on the verge of jumping. I fortunately, had a friend I could stay with when I got off the bus. How was your first trip to LA and did you experience any of the bad side of LA?

I came to visit LA for a month and then went back to Indiana for a year and saved money.  I was a very trusting soul when I first moved here, I got taken advantage of a few times…but for the most part I am a very streetwise creature and trust my gut to stay out of trouble.” 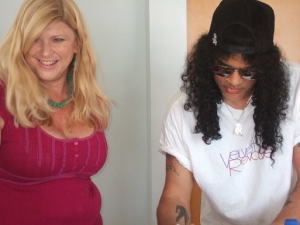 You are currently in the publishing part of a “tell all” book about the glamorous and not so glamorous days on the Sunset Strip. From someone that grew up in the Midwest, it had to be a surreal but magical time, right?

Yes, I thought I was in Oz…there was no place like LA in the 80’s and I took advantage of every glorious minute of it. Everything seemed attainable and I felt the cities magic, and figured out a way to make it all happen”

I remember getting Motely Crue’s “Too Fast for Love” when it came it. I was totally blown away by the sonic sound of it. The guitars, the big drum sound and Vince’s vocals. “Live Wire” and “On with Show” were my favs. Most of the album still holds up well today. Hell back in the day I  got thrown out of the Executive Inn in Evansville Indiana for trying to meet the Crue when they were in town. Your time with Guns and Roses is well documented. What about the time you spent with Motley Crue?

I met the Crue when I first moved to Hollywood and the scene at that time was very punk rock, so when I met these rockers with teased hair, makeup and spandex…I was “What is this?”  I loved the Glam rock of the 70’s and was excited to see this new scene emerging.

I loved their music too.  Motley Crue were the beginning of a very wild ride for me. Everything was new, and I felt like I could achieve anything…and did!

Do you think there is an age limit to being legit and being taken seriously in pursuing music? I look at bands like the Rolling Stones, Alice Cooper, Cheap trick, and KISS to name a few. All of those guys are in their mid to late 60’s or even older. Mick Jagger for one being 71. Are they still relevant and have something to say and prove or are they just nostalgic acts?

I made a record with June Carter Cash when she was 70 and it won a Grammy. Good music, is good music.  If you are pop artist playing off of teenagers, you should probably be a teenager yourself…but if you have music in soul, you should play!  The right audience will find you.

You recently ran a Pubslush campaign and far exceeded your targeted goal. This book is 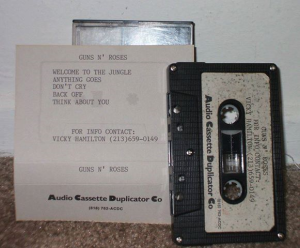 going to be FREAKIN’ HUGE! Where you surprised by the love shown and what can we expect from the book? Are heads going to roll or?

It’s actually Pubslush.com, a great literary crowd funding site. Yes, I raised $7,577! $2,577 over my goal. I am so excited by all the love, support and press I am getting. People really seem to want this book! I don’t know if heads are going to roll, but I have been completely truthful in my experiences with all the acts I have worked with. I think the book will be a fun read for anyone who loves music and art. I’m hoping to have books by August 1, however I am at the mercy of my editors…so when they say it is done…it will be done!”

You managed Guns n Roses early on in their career. At the 2012 Rock and Roll Hall of Fame induction for them, you got shout outs from two key members of the band. That had to be validating. Did you know about it before hand or was it a total surprise and how did it feel?

It was a total surprise. I had a friend that was at the induction who texted me and told me that Steven and Slash both thanked me. Slash had talked to me about going, but then when Axl said he wasn’t going, the plan fell apart. Either way, it was a great honor to be acknowledged for the work I did and my piece of the Guns N Roses history.”

Check out the shout outs here!

In the end what happened to Guns n Roses and do you think Axl will ever reunite the original band?
You will have to read my book for my take on this…it’s not something I can give you an answer to in a paragraph. There is a lot of water under that bridge. I hope one day the band can put down their differences, and do a reunion tour.”

You have several projects in the works and still represent bands. Tell us about that.

I do a v blog called Aesthetic V Blog www.aestheticvblog.com. It’s a blog about the creative process of musicians, artists, writer, producers etc. I love interviewing creative people about their art form. I managed Diana Meyer, a singer songwriter and blogger in Los Angeles, she is one of the best songwriters I have managed! www.dianameyermusic.com Also I co-manage a California country band called Talk Like June, who are currently in the studio in Nashville with John Carter Cash producing. Suzanne, the singer, has unbelievable pipes! www.talklikejune.com I also management consult a handful of bands…I love 222 band. 222.band.com They are kind of like Blondie meets the Divinyls with a Tim Burton sensibility. Another great band I work with is BlackList Union www.blacklistunion.com.

I also co-wrote a musical play called Glitter Beach with Robbie Quine that is soon going into it’s second workshop. I keep myself busy…life is good!”

Our last question is called “Shout It Out Loud”. It’s were you get to talk about whatever you 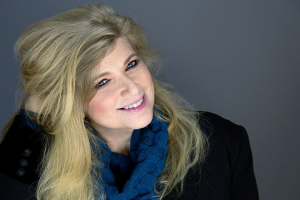 want to talk about. So go ahead and “SHOUT IT OUT LOUD”!

PEOPLE WAKE UP! SUPPORT THE ARTS! Something has happened where the public expects art, music and films etc for free. it isn’t free for the talent to create their art and if they can’t make a living at creating art, they will go get a job at McDonald’s or something so they can survive. So buy music, don’t steal it. Change the laws so artists can make a living off their art form. Go to concerts, buy merch….buy paintings…encourage kids to do the same, also encourage them learn about the art of creating entertainment. I could go on for days about this but I think you get my point.”