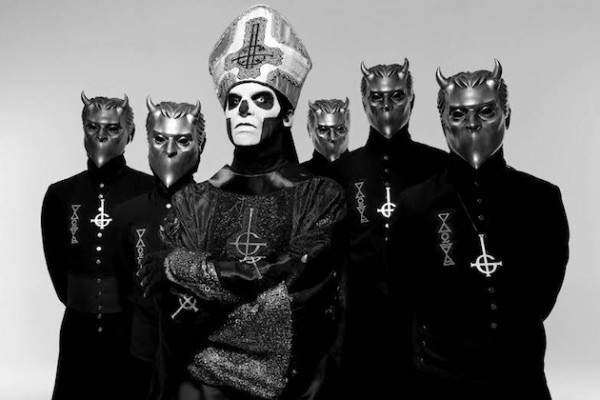 The Swedish band “Ghost” seems to have came around at the right time. Back in the 80’s if a band had a “evil” or satanic” feel to it the whole world would have had major issues with these guys. It’s anti catholic or maybe it’s an inverted take on the church but it would have definitely got them in hot water. Judging from the interviews I have read and seen, it’s a gimmick and one that has set them apart from all the other bands these days. The music is borrowed heavily from Blue Oyster Cult, King Diamond and bands of that style. Ghost has even managed to keep almost all of their identities a secret from the general public. A stunt that KISS pulled off back in the seventies. Papa is on vocals and all the other musicians are called “Nameless Ghouls”. Everyone wears a mask to protect their identity. Rumor has it that Dave Grohl of the Foo Fighters has donned a mask and sat in with them from time to time too!

Ghost is currently doing unplugged shows and here is the one they just did in Seattle! Check it out.  Ghost announce Unholy Unplugged tour – TeamRock