It’s Halloween so here is another scary tale. A tale of faith gone array.

Church cults. Reading the article below reminded me of my time in a church group situation. It seems it towed close to what went on here. Not so much as the isolation but the “signs and wonder” and the supernatural. We didn’t shun anyone but yea we ceased all listening to secular music and worldly things. Stayed with our “own” kind.  Kept an eye on each other and held each other accountable and infallible. 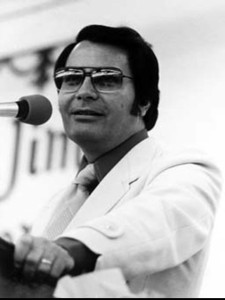 I would say it’s a thin line anyway at best. Most churches are really just social clubs. Some do help the community but so did the Peoples Temple. Get my point? I don’t want to be a stumbling block for anyone and I do believe in God. It’s just there is so much “man” in everything where do you turn? And what if you don’t believe in Jesus? What if you are raised to believe in Mudhamad? There is no way you’re going to convert to being a Christian because your brothers will be more than happy to kill you for that. Why is that allowed? What if you never heard of anything? What if you believed in orange juice? (Anyone get that reference??Lol) What if all you knew was you worshiped the “Sun” and not the “Son”?

The lines are too close. Most Televangelists are no more than Rock Stars. I am sure most pastors are probably the same way. We all crave attention and what better way than to have a podium and a book and crowd already bought into the message? Easy pickings. It’s the same thing Barkers do at carnivals. …I really think if you wanted to be a pastor then maybe you should stand behind a cloth curtain so no one knows you and you simply read scriptures out of the bible. No translations, no stories. Just read word for word and add nothing to it.… You enter unannounced and you leave unannounced. And remain “anonymous”.

Every generation says it’s the last. I recently had a friend tell me the world was ending in October of this year. He swore by it. Why did he do that? Well, because he was bilked like everyone has. I first heard about it ending in 1988. It didn’t happen then. It didn’t happen now. But every few years someone will say that the “Lord” told them the world was ending. A basic search on Wikipedia and you will find probably at least 20 times this century alone it has been announced. It’s a fear tactic. Scare the people and they will follow and be loyal and throw their money at you. It reminds me of the movie “Water World”. Dennis Hopper’s character “deacon” was the spiritual leader of the ship and all its people. He gave a speech “I’ve had a vision so great, as it came to me I wept”. And with that He got the masses excited and they started rowing. When asked where they are rowing to, he replied. “I don’t have a …damn clue. Don’t worry, they’ll row for a month before they figure out I’m fakin’ it.”

So it continues. Humans have a desire to be accepted. We wear matching uniforms. We join clubs with like minded people. We go to churches with people that are like us. We are easily pulled in. I have a family member. They are in a cult. A well-known one at that. Will they ever get out of it? Probably not. Do they want to? Probably not because they are “accepted”. But really it’s on the cult’s terms though and not theirs. I don’t have the answers but I see the observations. I just know surely it can’t be God’s desire but we continue as we do.

Anyway, read the article. Know the signs of a cult. See how many of you are already in one or becoming one.

“I had always imagined my life in terms of a story, and now Tyler was offering me the chance to be a part of one. He had developed a distinctly Charismatic vocabulary of “spiritual warfare” and claimed he was communicating directly with God. He said the five of us had been chosen for a dangerous but important mission: changing the nature and understanding of Christianity on our campus. Like the characters of Morpheus or Hagrid, he became our escort into a secret community where evil was battled at close quarters and darkness lurked around every corner.”
“That first semester was exhilarating. Our prayer experiences were very emotional; sometimes, we wept.  Though I still secretly had doubts about the authenticity of the group’s beliefs, I was profoundly moved by the courage and loyalty my friends were showing towards one another. It felt like being in an epic adventure, in which each of the main characters bravely faces his or her own weaknesses while bonding together in the heat of battle.”

For the entire article. The Seven Signs You’re in a Cult – The Atlantic