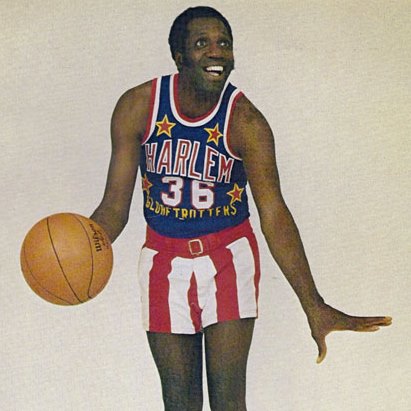 He was the “Harlem Globe Trotters when I was growing up. They just don’t make childhood hero’s like this anymore…

“Meadowlark was the most sensational, awesome, incredible basketball player I’ve ever seen,” said Wilt Chamberlain, who played with Lemon on the Globetrotters for a year in the late 1950s, before he died in 1999. “People would say it would be Dr. J or even Jordan. For me, it would be Meadowlark Lemon.” You can learn more about the Lemon era of the Globetrotters, and see Lemon in action, in the clip from A&E Biography below. Peter Weber