Anyone that reads Yahoo knows who Slayer is…

That’s a not a dig at Slayer. Anyone that listens to good music should know and “fear’ Slayer (joking). If you don’t have Slayer’s “South of Heaven” in your MP3 collection, well, you need to. Or I guess you may be swinging from Justin Bieber’s ball sac if you don’t…I mean didn’t you ever win a Slayer mirror at the Fair???

Anyway, not where I am headed.

Seems there is a money issue in Slayer’s camp and when Drummer Dave Lombardo brought it up  he was replaced.

“Last year, I discovered 90% of Slayer’s tour income was being deducted as expenses, including the professional fees paid to management, costing the band millions of dollars and leaving 10% or less to split amongst the four of us,”

For the rest of the article go here. 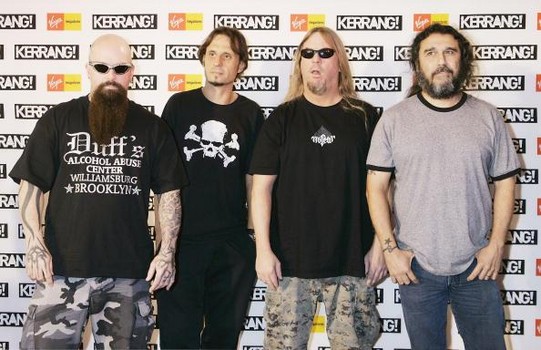