Back in 2009 I had the pleasure of interviewing a very entertaining female impersonator  Cassidy Fellows-Sommers. She allowed me to ask all the tough questions that straight people want to know without any Bias, judgement or negativity. I recently caught back up with her to find out what the hell she has been up to!I have to say Cass is one class act and my wife and I have been meaning to hop over to Evansville and catch a show one of these weekends and hope to see her there when she is in town! 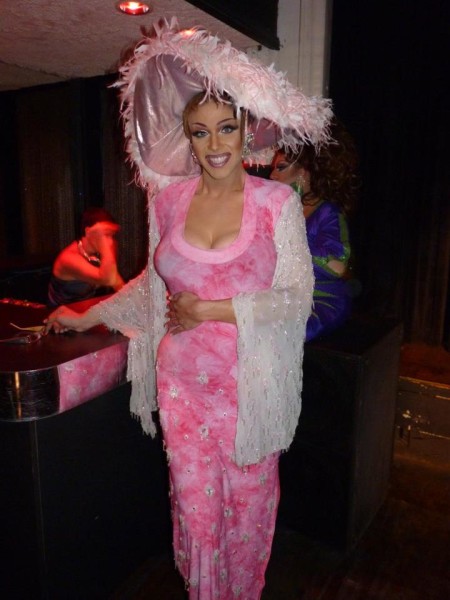 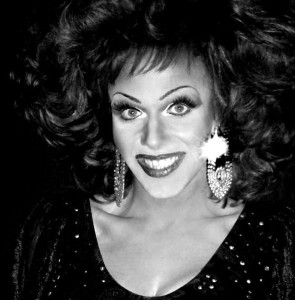 Hey there! Thanks for wondering “What the hell Cassidy Fellows-Sommers has been up to!” A lot has happened since I was interviewed with Kick Acts, and I am happy to report things are going great! Since we were last in contact my world has complete changed. I started pursuing a healthier lifestyle and after lots of hard work and dedication I have managed to lose nearly 200 pounds through diet and a solid excersize routine. In 2010, I competed in a local competition in Evansville, IN and was crowned Miss Brickhouse. After acheiving that title, I pursued the title of Miss Gay Evansville and lost by one point to an entertainer from Indianapolis, but qualified to compete at the state contest later that fall. To my surprise, I was able to go on and capture the title of Miss Gay Indiana 2010. Winning that title was the beginning of a fantastic journey for me. In the 35 years this competition has been in existance, there has never been a Miss Gay Indiana from Evansville.

Traveling to all of the required preliminary contests across the state was going to be a real struggle when Evansville was my home, and in my professional career grants were becoming increasingly more difficult to find to continue funding the work I do. I began looking into possible career opportunities in Indianapolis and was amazed when I stumbled across a perfect fit with The Damien Center, Indiana’s oldest and largest AIDS Service Organization. Within two weeks of applying for the position, I was offered the job and relocated north to Indianapolis. Living in Indy made my reign much easier as I traveled to Terre Haute, Bloomington, Ft. Wayne, Muncie, Evansville and other destinations as they held their own contests to select representatives to compete for MGI 2011. 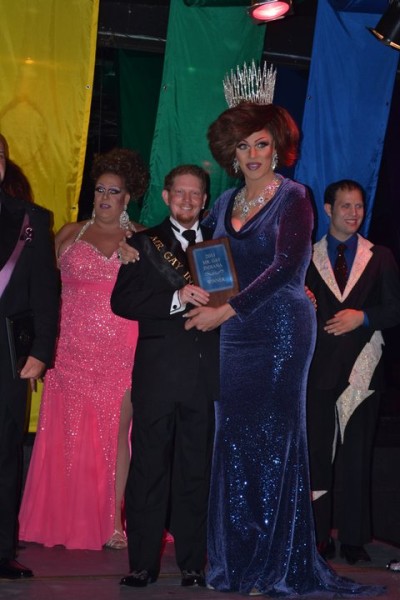 I have had the opportunity to entertain at many bars and nightclubs across the state and continue to travel extensively to do bookings at my favorite locations. I am honored to work at Indiana’s premier showbar (Talbot Street Showlounge) several times a year as well. Recently, Uncle Elizabeth’s Bar in Bloomington, IN approached me about starting my own show on the first Saturday of each month and I gladly accepted. The show is called “Viva Variety” and features a different theme and cast each month. April 6th’s show is “Uncle E’s Laugh-In” featuring comedy acts, and the May show will be “Let’s Get Soakin’ Wet” with an amateur strip/wet boxer contest. In addition to my work as a performer, I continue to promote the MGI system and serve as the Vice-President of the Board formed by former Miss Gay Indianas to keep the system alive and thriving. I participate as a performer, hostess and competition judge as needed and love helping new entertainers to learn the skills of the trade.

I look forward to staying busy with both my professional career as a social servant and as a female impersonator on the weekends!
I once again thank you for your interest in what I am doing, and will continue to stay connected with the other acts featured in your magazine!