The Antics are a very hot band from Princeton, New Jersey. We started in 2010 and came out with our debut album “Running Faster” in late 2012. You can find us at www.facebook.com/theanticsnj as well as www.wearetheantics.com. We’re also on twitter.

Some of our musical influences include The Beatles, Elvis Costello, Joy Division, Echo & The Bunnymen, The Smiths, The Doors, and The Strokes. Our sound is heavily influenced by post-punk, garage rock, and surf rock.

Stay away from trying to sound exactly like your favorite band. It can be tempting at times but you just have to keep working towards your own sound and style.

Our greatest gig ever for us was probably when we played in Connecticut and got to “trash” a hotel for the first time. We left pizza out on the table and woke up to the smell of spoiled cheese in the morning.

The high school talent show when Luke decided to slide across the floor and ripped his cable out in process. It’s on video. Very funny. We didn’t win.

In our spare time we enjoy going to Princeton and stuffing ourselves full of hot wings and energy drinks. We like to live on the edge.

Promote your mixtape at ReverbNation.com

We expected pop punk to be dead. I guess that makes us “post pop-punk” or something. It’s disappointing when a band’s influences don’t date back further than 1996.

Luke enjoys the art of language. He speaks German and Korean. Josh is into anime and Japanese culture. Kyle is actually a big fan of abstract artwork. He is a big supporter of local artists and often buys paintings from his friends. Last but not least, Derek is a car enthusiast. He likes reading about cars and modifying them. 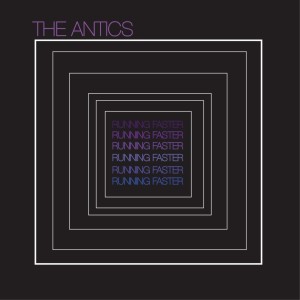 Our last question is called “Shout It Out Loud”. It’s where you get to talk about whatever you want to talk about. So go ahead and “SHOUT IT OUT LOUD”

The guys in The Antics and their promotional company have been kind enough to provide a Cd to giveaway to one lucky reader. Send your mailing address to   submit@kickacts.com (include the antics in the subject matter) and we will draw for a winner!