Alan Myers, the third and most prominent drummer of the band Devo, has died, according to a tweet by drummer and current Devo member Josh Freese. Myers had been battling cancer.

Myers joined Devo in 1976 and left a decade later. He can be heard on the new wave band’s biggest hit, 1980’s “Whip It,” which reached No. 14 on the Billboard Hot 100. Myers also appears in the song’s iconic video, joining his bandmates in black, sleeveless turtlenecks, and their trademark headgear, where he is shown playing a set of Synare 3 drum synthesizers.

His style of drumming became near legendary thanks to such seminal albums as Devo’s 1978 debut, Q: Are We Not Men? A: We Are Devo! And 1980’s Freedom of Choice as well as the concert movie Devo Live 1980, issued by Target Video in 2005. 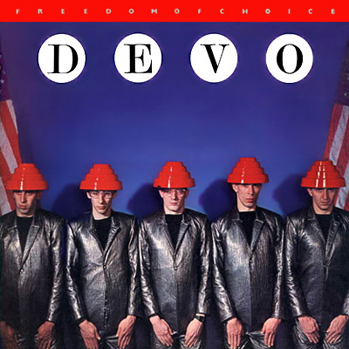 And the home run!