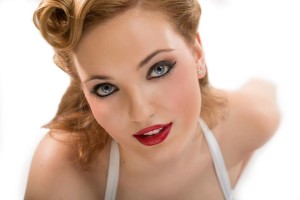 What people don’t know about me is that I am a complete goofball. I have been getting messages from people I haven’t seen in years saying how impressed they are by all the things they see me doing and it makes me smile. Not just because they see that all of my hard work is paying off, but because they don’t know that behind the scenes I am still a total weirdo.

You can find me at www.CarrieLaneMusic.com

My musical heroes are The Beatles. They are a group that is always timeless in my mind and that is hard for me to find in artists. I love all types and genres of music, but there are very few songs or groups that I can listen to no matter where I am, what I’m doing, or what I’m feeling. I can always listen to The Beatles and I can always find something to relate to in their music.

Anyone who starts out in the music business needs to be passionate because there is no doubt that it is going to get hard and the business is going to test how badly they want it, repeatedly and consistently. You need that drive and that will to stay strong when everything is not going as planned. You need to be hardworking and patient. If you do this and don’t try to cut corners, your time will come.

Once, there was someone who opened for me who was dressed in a full skeleton suit and played the same song over and over for his entire set. I don’t know if that is my greatest gig story or my worst gig horror story… you choose.

Wow! Okay that question definitely made me blush. Oddly enough I like to color. Is that okay? I’m like a little kid when it comes to hobbies. I like to just sit with a coloring book and crayons. I find it very soothing whenever I’m stressed. Judge me.

I think there has never been a greater time for music in my opinion. Although, people can still argue that only a specific type of music is on the radio… there are so many types of sub genres that are emerging that never could have come about years ago. The possibilities more music are multiplying and artists should be taking advantage of all of the opportunities out there.

I think that they are a unique part of the music industry that has never been able to really thrive in previous generations. I think with the way technology has evolved, shows like this are inevitable. They are interactive and make America believe that they are in control of picking the next big artist. However, little do they know these people are being hand picked to fit specific demographics that television networks are trying to promote.

What is anyone’s opinion of this? Don’t do it. Buy music, support artists. Period.

Aha! Yes, I get some revenge on my boys. Well let’s see I have three members of my band Dan Traglia, Dan Rufolo, and Vin Landolfi. Dan Traglia is my drummer and he’s the band leader, what you wouldn’t know about him is that every time he sits down for a meal he eats for a small village. Seriously, the guy eats his body weight in food every time he sits down it’s the most un-human thing I’ve ever seen. Dan Rufolo plays piano and is good at everything… I’m not even joking, he’s good at everything… it’s insane. That’s why I have to pick on him a bit because it’s just not fair. I decided that because there are two Dan’s in my band that I would call him Buttercup. So that it what he is called. And Vin most people think is the quiet one, but once you get to know him he’s hysterical. Sometimes (most of the time) he and Dan Traglia talk to each other in this weird other voice, it’s like their own language… it’s very strange. Bottom line, they’re all amazing and I love them because they’re super talented guys and insanely talented musicians, what more could I ask for?

Ok… you are seriously dating yourself with this question! I am too young to have ever seen Gilligan’s Island! Although, I do know one character and that’s Ginger so I pick her because she’s hot.

Yes I know what a vinyl is! I have never purchased one. However, when my grandfather passed away he left me with his collection of vinyl records because he knew how much I love music. I still have all of them to this day.

What’s with you and islands? I am not a violent person, nor a hater. I don’t think I would be anything but nice to the Beebz. He’s only human too…

I think Miley Cyrus is an absolute genius. People can sit here and criticize her and scoff at everything she’s doing, but everything about what she is doing is calculated for success. As we’re sitting here judging, Miley is laughing all the way to the bank.

It depends on the type of concert. If you are going to hear some acoustic music or some rock and roll you want a live performance. If you want a large production with dancing and all that jazz, you’re going to lose quality of the voice. Sometimes backing vocals enhance the performance and that does not mean that the artist can’t sings, it means that is their choice to make that specific performance the best they can. Everyone uses backing tracks at one point or another; it is not something to be ashamed or criticized.

Me… Duh. Next Question!

One time I wrote #nofilter and I totally used a filter…

I think this goes back to The Beatles man, can’t live without them.

My favorite movie of all time is Ferris Bueller’s Day Off. It is a classic and I laugh just as hard every time I see it, there are not very many things in life that can manage to hold that timeless charm.

I just want to take my “Shout it Out Loud” time to encourage everyone to Pay it Forward. I think this movement is incredibly important. It does not have to be through money necessarily, just through the goodness of our hearts. If we continue to help others and breed positivity around us, positive things will come to us as well. That’s just the way of the universe. I am a strong person. And the best way to utilize your strength is to lift people up, not to put them down.