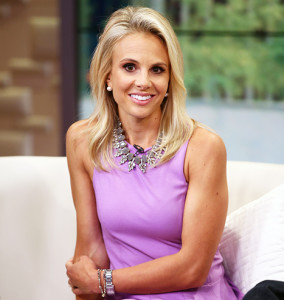 My bet is the new host(s) will be a blonde female. Probably a former Model/Sportsperson/Miss America/Married to a Sports guy or something close to that.  I guess the owners of Fox have a thing for blonde headed girls. Not hating but that’s usually what they have on there. Ever see any wearing dress pants either? It reminds me of Don Henley’s song “Dirty Laundry”.

Here are a few of the lyrics…

“Well, I coulda been an actor But I wound up here, I just have to look good I don’t have to be clear”

“We got the bubble headed Bleached blonde, Comes on at five. She can tell you ’bout the plane crash With a gleam in her eye”

Elisabeth Hasselbeck announced Monday that she will step down from her role as co-host of “Fox & Friends” on FOX News Channel (FNC) and depart the network at the end of the year, putting her television career on hold while she raises her three children.

A variety of rotating co-hosts will take Hasselbeck’s seat until a replacement is named.