After 40 years and a lot of hits,misses and rocky roads. Is Aerosmith really over?

From; Taste of Country

Are you near the Madisonville area? Be sure and go by DAVE’S STICKY PIG BBQ! 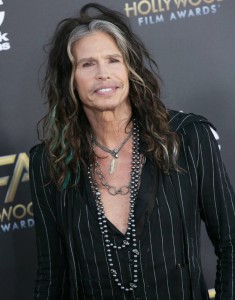 The rock band was originally slated to play shows in early 2016, but those plans have been put on the back burner by frontman Steven Tyler and his solo album plans in country music. In an interview with Billboard, Aerosmith guitarist Brad Whitford opens up about the band’s thoughts on Tyler’s country career.

“Steven doesn’t want to do it,” Whitford explains of the decision to scrap the 2016 Aerosmith tour. “It’s unfortunate. We kind of feel a little bit abandoned by him. I guess he seems to think his solo career is going to go great guns, and he doesn’t seem to realize that — in my opinion — his fans around the globe want to see him in the context of Aerosmith and don’t really care for whatever he thinks he’s gonna do.”

While Whitford says he and the band won’t force Tyler to tour with them, it is apparent they’re less than thrilled with the outcome.

“I don’t know if he gets that but, hey, that’s what he wants to do. I can’t put a gun to his head. It’s just pretty disappointing,” he adds.

Steven Tyler unplugged in Nashville and killing it!