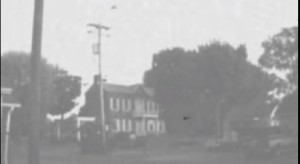 Though my Grandpa passed away earlier this year at the age of 95. He always stuck by this story…

This is a true story about my Grandpa and what he said he saw..He lived in the apartment for 14 years and according to him, started seeing ghosts….He told me it was scaring him even though they didn’t harm him……. I have asked him several times after he moved out about this and his story hasn’t changed and he said he hasn’t seen any ghosts at his new place..
I recorded his story back in April of 2010…
Please don’t bother the homeowners, they politely declined P.I.H.K. from investigating this and they probably don’t want to be bothered about it.They were really good to my Grandpa while he lived there…I just want to share what he said he experienced….
The house was built in the 1850’s by Capt. William B. Vanzandt and was once used as a civil war hospital…It has been told that there are still blood stains on some of the window seals….
thanks
chuck