Back to the Bigfoot questions… 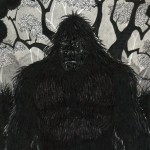 Please explain exactly what a Bigfoot is. Is it a mammal? Off shoot of man? Extraterrestrial?

No one knows what these creatures are. It’s that simple, really. Most people are convinced they are simply an unclassified species of hominid. A distant relative of man, perhaps, extremely cunning and reclusive, but still a “normal” animal that eats, sleeps and breeds just as humans do. Other reports exist which suggest that these things must be more than they seem. The ever increasing number of reports alone belies the notion that Bigfoot are reclusive and afraid of contact with man. From my own research and experiences, it appears that they actually prefer to haunt the edges of civilization, preying on livestock and other domesticated animals and generally scaring the hell out of anyone they choose. In fact, their one weakness would seem to be their strong curiosity about us. The intellectual prowess of these “unknown primates” is beyond our understanding. Somehow, they have been able to avoid for centuries our most exhausted searches, and even today our most advanced technologies, all the while shunning the use of fire.  My own experiences suggest that these things are not as they seem, a theory that I’ve been testing for over 25 years.

You have recently started using trail cams. How do they work? What do you bait them with and have you had any success with them? 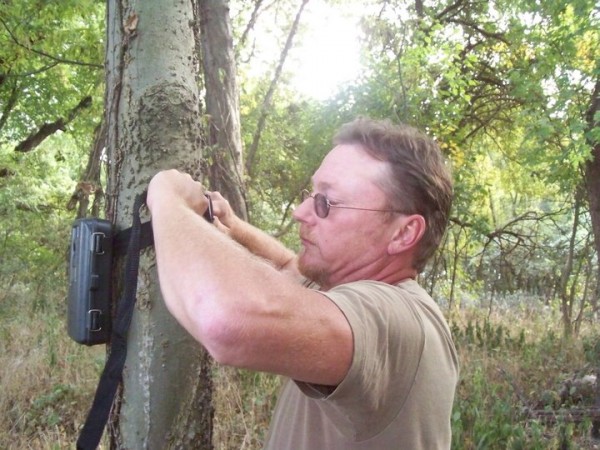 A trail cam is simply a motion-triggered digital camera inside a protective case which can be placed in remote locations, usually along game trails or other active areas. I like to place them near haunted cemeteries and old Indian burial mounds. Any movement within range of the censor will trigger the snapshot. It’s the most non-invasive way to photograph wildlife. Simple concept. Anything goes when it comes to the bait. Whatever you feel might attract the interest of a hulking, mysterious creature like Bigfoot. I use all types of bait. If I can thin it up, I can use it, but my success has been limited to almost every example of the local fauna except Bigfoot. I used to think that good pictures couldn’t be taken of these things, but a couple of years ago I saw a series of trail cam pictures of Bigfoot from western Kentucky that changed my mind. Maybe someday soon one of them will walk in front of my own cameras.

If someone was wanting to go into the crypto zoology field and didn’t know where to start. What would you suggest they do?

Research first. Get a good working knowledge of the subject before you attempt anything in the field. Read some books by Loren Coleman, or even me. Be aware of your surroundings when you’re out in the woods or walking down some creek looking for prints or scat or hair. True squatchin’ aint easy! Remember that. There are things in the woods other than Bigfoot that could kill you if you’re not careful.

If and when a colony of Big foot is actually found, what should happen. Should they be left alone? Captured and put in a zoo? I keep thinking about how movies show us discovering the last dinosaur and we end up killing it which is not what we should do. What do you think should happen.

I don’t think we’ll ever have to worry about that particular scenario but, if it ever does happen, they should be left alone. I don’t promote killing anything I don’t eat myself unless it’s a threat to me or someone else. Besides, bullets don’t seem to kill these Bigfoot types and you might lose a leg or something.

Speaking of Dinosaurs, do you think they still exist?

Yes. The alligator, the shark and the coelacanth are three surviving members of the dinosaur family that we still have with us today. I have no doubt that other species of aquatic dinosaurs still exist in the oceans and rivers of the world awaiting discovery. I’ve seen large, aquatic creatures that I could not (and still can’t) identify in both the Green and Ohio rivers in western Kentucky, and I’m not the only one.

For the nay sayers out there, any rebuttals?

Well, I can understand their point of view. I really can. Unless you see something unexplainable yourself, you just can’t quite believe it. You can’t wrap your mind around such an astonishing concept. But there are tens of thousands of witnesses to the Bigfoot phenomenon alone, worldwide. They can’t all be lying. I’ve seen these things, as well as every member of my family. I’m not lying. The truth remains constant regardless of its popularity. Nothing can change that. Believe what you will.

Last one I will leave open for you to say what you will. So go ahead Barton, and “Shout it Out Loud”!

Remember when you were a kid and your parents told you that monsters didn’t exist? THEY LIED!

to purchase his movies or books, click on the fotos 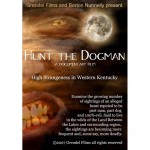 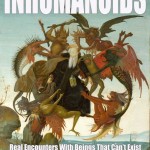 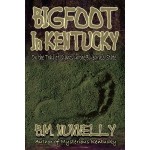 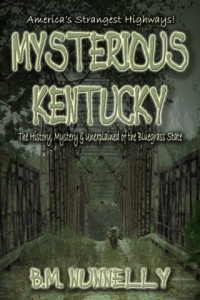 As promised, Here is a photo from the 80’s featuring Barton M. Nunnelly 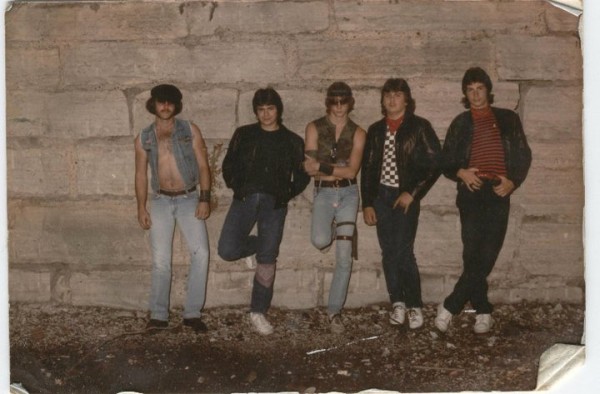 Here is a link for two songs Barton is singing on back in the 80’s: