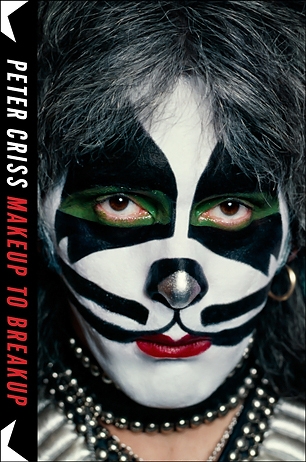 But now it’s Paul’s turn to release one 🙂 I still think they should have released them all with the “solo” album covers!

Here are some of the Highlights according to Peter.

It’s implied several times in the book that Paul Stanley bats for both teams if you know what I mean. (page 50 for one)

Gene Simmons has Herpes and had a serious outbreak and Doc Mcgee had to buy Shannon Tweed a big stone to help her get over it. (page 169)

About the only complaint I have about the book is it’s a little slow taking off and the photographs at the end are lame. Other than that it’s a must read for rock fans. It shows the unglamorous life of a rock star. From their humble beginnings to the top of the world and the fall back down and the eventual leveling out of everything if they live long enough.

To order the book head here: