I am ZotheJerk of The Jerk Nation. Im a rap artist specializing in Hip Hop and Soul. My sound is a thrilling thought provoking roller coaster ride of sheer delight. 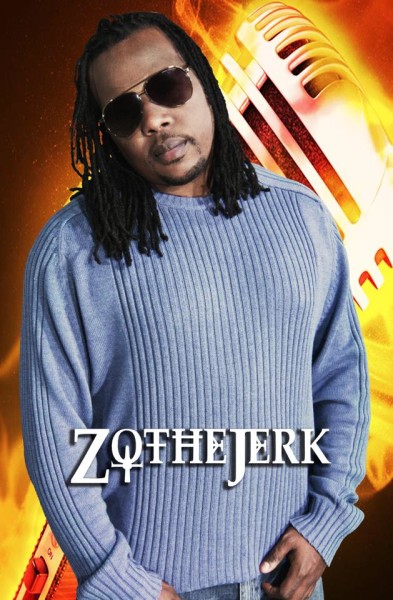 My greatest advice would be find yourself musically and never veer from who you are. Allow yourself to grow even reinvent yourself but never allow someone to tell you who to be musically

My favorite memory was of a show i performed at in Lawrence, Kansas. There was two kids there like 8 to 10 years old, and they actually introduced us the show! It was a moment i will never forget.

First show ever we were booed off the stage by crowd of at least 1000 people. lol that was the true beginning of my career

i do love pictures of boobs lol, my hobby is philosophy and people. i love to connect with different people and experience different cultures

I think there is a music scene in Kansas City but i think its spread out in movements. The artists are generating interest and getting the gigs. Their fan base is growing some are securing major deals and blowing up the independent scene. I think confidence in this cycle has got to be stronger. there are so many brilliant artists that the artists have to self govern where they want the scene to go, thats how i see it at least

EdofTheJN is is passionate about Honey Mustard from Mcdonalds, Reag has his own language called Reaganese, Hashous Clay is emotionally attached to subway, and i am addicted to Jacstack BBQ lol

lets see Mrs Howell has that bread, Ginger was to hot to be loyal and Mary Ann looks freaky, I’d start at Ginger and work down to Mrs. Howell so upon rescue id have a rich cougar on my team lol

Thanks for taking the time to chat with me! Let me give a BIIIIG What Up Doe to Bo, Reag, Hash, Ed, CJ, Pookie Snuggle, Alex, Marlon, Peters, B MO and all my real immediate crew, Look out for the “LIVE” album coming this Fall! CHeck us out on TheJerkNation.com its our culture… Its Where We Live!!