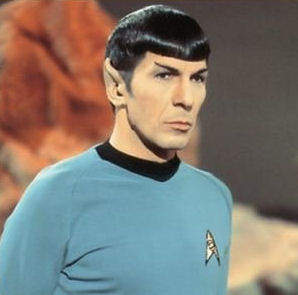 One of my favorite TV and cinema characters “Mr. Spock” played by Leonard Nimoy has just tweeted a press release stating he now has the infamous lung disease C.O.P.D. Despite saying he quit smoking over 30 years ago the damage has been done. Just goes to show you that even a Vulcan can’t always heal themselves. It’s a sad day for us Trekkies. His advice to anyone that smokes is simply this…

And I have to add my two cents  here.

I applaud CVS Caremark (CVS pharmacies) for saying they are stopping the sales of all tobacco products in their stores by October of this year.

It was  Illogical for Mr. Spock to smoke but he did.

You also have a right to smoke and I don’t believe it should be taken away from you but it has been proven time after time after time (yes that many times) that cigarette smoking is dangerous and deadly to human health. Deadly to those that smoke and deadly to those that are exposed to it. I understand its BIG business but isn’t your health BIG too?. The Tobacco Industry puts additives into the tobacco to keep you coming back like a trained puppet and the Government makes billions off the sales of it but in the end.. You pay twice… Once with your money and second with your health. And really, why would you want to inhale the same chemical (Formaldehyde) they preserve dead people with???