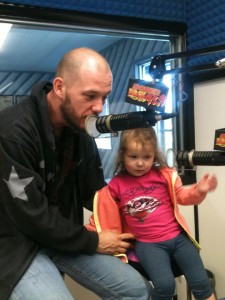 A couple of weeks ago I was doing what I normally do around lunch time. I was checking out WKTG’s “Out to Lunch” with the our local radio celebrity Pat Ballard… Pat is a great supporter of the music scene and showcases the local talent, plus he plays some kick ass old school metal that I cut my young guitar playing teeth on back in the day.. On this particular day he had Boscoe France on and they were discussing the “blues”. Though I am not really a fan of the “blues” unless the scales are played faster and through distortion pedals and Marshall amps, I found this interview Pat did with Boscoe very interesting and informative at the same time. So I called Pat up said hello to the guys and Pat threw on some Maiden for me and I enjoyed the rest of the show as I always do. A few days later I hit Boscoe up on Facebook and the rest “as they say” is history! Check out Boscoe’s interview below. Click on his name and it will take you to his Facebook page! 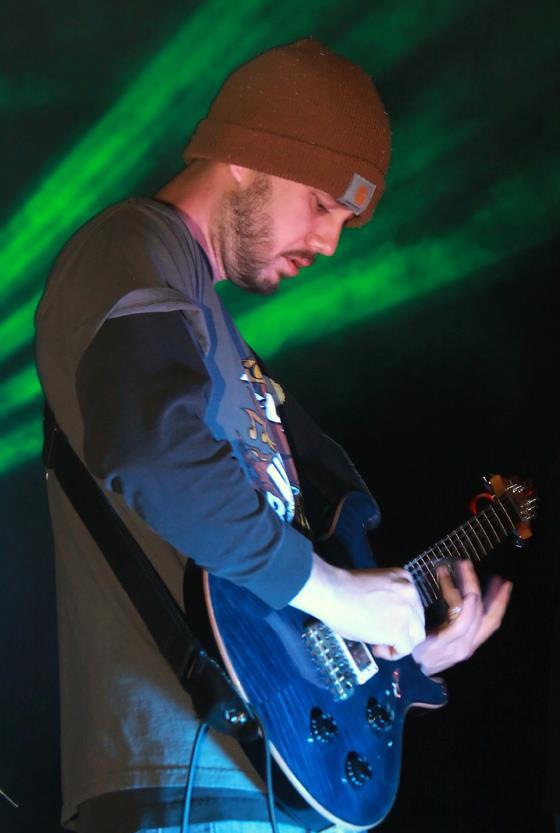 1. Welcome to Kick Acts Boscoe. Tell us a little about yourself and were you can be found at on the web.

My name is Boscoe France.I am from Kentucky and have been playing guitar for 32 years.I am 35.I have toured nationally with national acts and also played locally in bars from age 12.I have Facebook and reverbnation pages.
2. Who are your musical heroes, influences & why?

My musical heroes are a short list.Duke Madison was my uncle he played music at all our family functions.He was the first guitarist/singer I reckon I ever saw.He would always let me hang out and play.Once my folks saw I was totally hooked My folks got me a guitar.My Daddy bartered with a friend for a guitar and that was that.I listened to my moms kiss,Beatles,and skynyrd.I love Duane Allman, Freddie King, and Elmore James.When I was around four or five I saw the blues brothers movie and found soul music.
3. Do you have any advice for someone just getting started in playing music? Any pitfalls they should avoid?

Advice from me is practice your instrument.Be good at it.Then go out and play.I would also advice that you should take the music seriously and not be shitfaced.I had my bout with drugs and alcohol and I am happy to say I came out the other side fairly unharmed.I can say that club owners like dealing with professional people.I have been blessed to play a lot of shows and for that reason I think of every show as special.Maybe I met this friend at this gig and this friend at this show so those are special things.
4. Do you have a greatest gig story you’d like to share?

Lamasco has been super.It allows me to be somewhere at the same time.I just fell into it. Amy has been great to allow me to build a fan base in Evansville.
5. On the same token as the above question. How about a “worse gig” ever story

Worst gigs are easier to chose.The one that sticks out recently was a festival that got rained out but then changed their minds and we sat up in a drizzle.We made it through 2 and a half songs and got called for rain. An hour later they wanted us to re setup.It was crazy.We sat the gear up again in the rain.Several pieces of gear were lost to water damage.I played a bar when I was a kid and the guy died while we were playing 3 steps.We must have been bad.

I am a full time single father of 2 and I am super busy trying to be like my parents.I get to hang out with my children up until almost bedtime then I go to work playing music then I came home and get my son Gabriel ready for school and watch kids shows with Veda Sioux my daughter.That is my hobby.I do build tube amps and the ones I play through I built.
7. What do you think about the present music scene or lack of? Care to address that?

I think Evansville has a very eclectic music and art scene going on.I think it’s amazing.I do think however that good music is like diamonds.You gotta look to find the diamonds.
8. So did “the Blues” pick you or did you pick the “blues’?

I picked the blues at a young age and played it and learned the licks and notes but at a certain point the blues became real for me. Addiction,death,divorce,babies with different women,family issues.I got em all.I also am so tired of hearing you got be black to play the blues.That’s like saying only black men can be criminals.I have lived a lot of life now and there ain’t a note I sing or play that I don’t mean to be there.With the mileage came soul.I could always play but I did not always feel it. 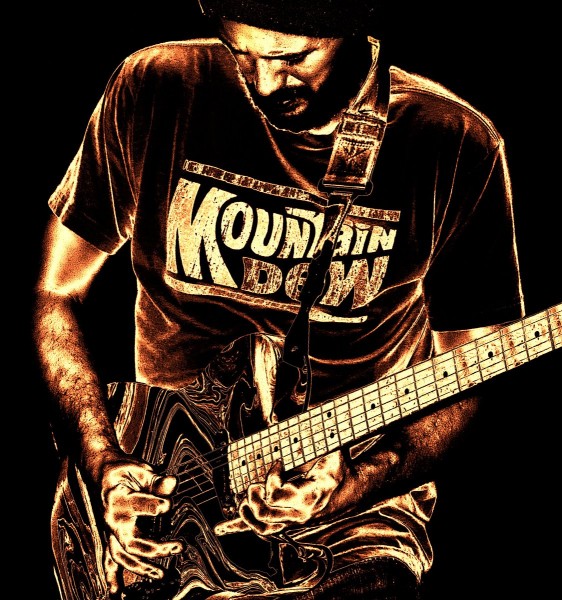 9. Hypothetical situation. You’re stranded on Gilligan’s island and you get
to hook up with only one of the girls… Is it Ginger, Mary Ann or Mrs. Howell
and why?

Mary Ann.I am a country boy.I dig them lil blue jean shorts.
10. # 10 is called “Shout It Out Loud”. It’s were you get to talk about
whatever you want to talk about. So go ahead and “SHOUT
IT OUT LOUD”!

Shout it out loud…………I just feel really lucky to be involved in the Evansville scene with all the great players and friends.Evansville is really supportive of it’s own and it’s local events.You can see some great local and out of town acts right here.I just want to thank everybody that has came to a show and supported the band.We are currently getting material together to record so I look forward to getting that out.
Bonus questions:

Should singers and bands also be political too or just make music and keep their opinions to themselves and not go “Bono” on everyone?

I think if you got something to say you should say it. Mind you your mouth will get you into hell quicker than anything.You run the risk of pissing your fan base off if they don’t like what you say.
At what should someone that hasn’t made it give up on their dream and get over it or should they ever give up?

My dream is to make a living playing guitar. I get to do that.When I was younger did I want fame and fortune? yes.Does not everyone.I get to hang with my kids and play music for a job. It is a blessing. I am not famous but I am a success by my own definition. I not some jerk off that thinks by being a 40 year old drunken asshole and pretending to be great that I am getting a record deal in Evansville. God Knows there are enough of those. When I was on the road I was playing with modern country acts. I hated it.
If you weren’t playing the Blues, what other type of music style would you play if you had to pick one? This can be anything from rockabilly to gospel, old time country, modern country, heavy metal, pop, etc.

I cut my teeth with my uncle on Hank and Willie and Merle. I would def go old time country.It is a brother of the blues.Muddy Water and Johnny Cash might seem like 2 different worlds but they are neighbors.

Enjoy the interview with Boscoe? Here’s a KickActs link for a whole bunch more!!

REMEMBER SHARING IS CARING SO PASS US AROUND AND RE-POST LIKE THE MEDIA WHORES WE ARE!!