Welcome to Kick Acts. Tell us a little about yourself and where you can be found at on the web. 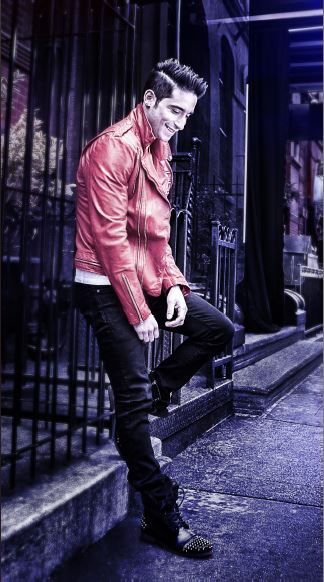 Hello Kick Acts!  My name is AxelJordan.  Musician born, raised and currently living in NYC … Land of Creativity!  You can find me online via my website, www.AxelJordan.com  My website is a directional page so be sure to take a look at my social media icons; Facebook, instagram, youtube etc.

Growing up in Brooklyn NY, I would say the music mostly heard around me was Hip Hop & R&B.  I can definitely say that not only influenced my music but also my outlook on life in music.   There’s a certain amount of honesty in Hip Hip and R&B.  You say what you’re feeling.  Whether it’s love or pain or anger, the music translates those emotions.  I have a lot of respect for that and the artist who do it well.  Mix that with Pop culture and you have AxelJordan!

My best advice to give is the advice I still currently live by …  Continue doing what you’re doing.  Not everyone is going to understand it.  Not everyone is going to respect it.  And you might feel alone a lot of the time.  But in that silence and solitude, you begin to really find yourself; you begin to understand your creativity and the role it plays in the world.  So keep going  and keep striving.

Man I have a bunch of pretty awesome stories. HA!  For a while, I would bring my guitar to pretty much every underground spot in NYC to play my music.  Didn’t matter the venue, crowd .. as long as it had a mic and a stool.  I’m talking, I went to Hip Hop music venues, Soul & Gospel venues, Rock & Roll bars.  I knew I didn’t really fit in and was often asked if I was sure I knew where I was.  But I’d stay and wait for my name to be called.   When it was I’d grab my guitar and head to the mic to sing.  Sometimes you could hear the confusion in the crowd.  Sometimes you could hear the annoyance from the crowd.  But I wanted to sing and I wanted them to hear it.  So I’d sing  it would never take long before they gave in and started to enjoy it.  I was living out my passion and creativity and for the most part other creative minds understand that and can find the joy in it.

Nah, I don’t have “worst gig” stories.  I mean of course, it’s a gig presentation of creativity and it doesn’t always come out the way you’d like but it’s all just to get better from.  So no worst gig stories for me.

Creatively speaking, once you open up the doors of your creativity, it all comes pouring out.  So I spend most of time learning about that.  I make clothes, I paint. I dance.  I do love to learn so I’m always open to new knowledge.  And I love to have fun too.  I like bowling and watching comedy.  Anything funny has my immediate attention.

I don’t get to caught up in those arguments.  The music is the music. 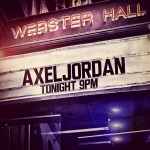 to truly express themselves and get noted for it.  Why spend time trying to break that down because it might not be something we personally understand?  Instead, I choose to appreciate the music and even the commentators.  The judgements are equally as important as the praise.  If understood and appreciated, they both lead you in path with the best you.

Why choose just one???  What about all three???  Mary Ann is a cutie though … something about those pigtails …

This past month I got the chance to release my first music video for my debut single “Release You”.  Working on, shooting and releasing the video was such a great step for me in my career thus far.  I’ve been singing and working on music since I was a kid and to see my music & my vision come to life in that video was really pretty awesome.  I am truly blessed and grateful for that.  If you haven’t done so, check it out on my website, www.AxelJordan.com

Looking forward to making more and the release of my album in the Spring 2014.