Welcome to Kick Acts. Tell us a little about yourself and were you can be found online. My name is Eric Seevers, I play bass guitar for Social 66 we can be found @ www.facebook.com/social66band www.reverbnation.com/social66 www.youtube.com itunes soundcloud  etc.. Who are your musical heroes and influences? Why? For me personally I grew up listening
END_OF_DOCUMENT_TOKEN_TO_BE_REPLACED

Please “like” and share! Welcome to Kick Acts. Tell us a little about yourself and were you can be found online. Tim King from the band SOiL. I play bass. All things Soil can be found at: www.soiltheband.com <http://www.soiltheband.com>* www.facebook.com/soilmusic <http://www.facebook.com/soilmusic>*   Who are your musical heroes and influences? Why? Nikki Sixx made me wanna
END_OF_DOCUMENT_TOKEN_TO_BE_REPLACED 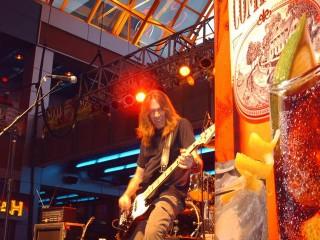 It’s Halloween Eve again this year and once again no great pumpkin interviews, not one physic responded to my requests for interviews…I don’t get it. But it is what it is. so once again, I am running Kevin Books interview I did back in 2009. Enjoy…maybe next year someone will step up to the plate?
END_OF_DOCUMENT_TOKEN_TO_BE_REPLACED

from TMZ Robert Wayne Birch, a bass guitarist who played with Elton John and Billy Joel among many other huge artists, is dead after apparently having shot and killed himself this morning … TMZ has learned. Law enforcement sources tell us … Birch was found around the corner from his home, dead from a gunshot
END_OF_DOCUMENT_TOKEN_TO_BE_REPLACED